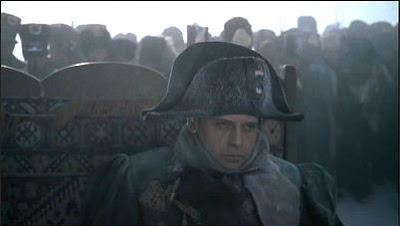 Born a Czech count, Lom somehow became Hollywood's idea of an authoritarian Frenchman. He played Napoleon Bonaparte in King Vidor's 1956 War and Peace but most famously embodied embattled authority in the role of Inspector Dreyfus, the long-suffering superior of Peter Sellers's Inspector Clouseau in the Pink Panther movies, beginning with the first Clouseau-oriented sequel to the original picture, A Shot in the Dark, and continuing through the series's 1970s revival. Arguably, Lom made those later films as Dreyfus acquired an Ahab-like obsession with destroying Clouseau. He had long since distinguished himself as a heavy or heel type before briefly graduating to near-star status as Captain Nemo in the Harryhausen Mysterious Island and the title character in Hammer's Phantom of the Opera. He started out as a British actor -- Napoleon was his first role in English, in 1942's The Young Mr. Pitt -- and his first Hollywood role, filmed in Britain, was a strong one, the crooked pro wrestling promoter in Jules Dassin's Night and the City. He remained primarily a British performer for some years yet, most memorably as a comic heavy in The Ladykillers. By the end of the Fifties Lom was a fixture in big-budget epics, usually in less than Napoleonic roles: the negotiator for the Cilician pirates in Spartacus; the veiled villain of El Cid. He carried on in international productions and lent whatever credibility he could to Pink Panther films made after Sellers's death. His last credit was a 2004 Miss Marple mystery movie; his last noteworthy one was probably back in the 1980s, in David Cronenberg's The Dead Zone. He was always a welcome face in movies and Mondo 70 remembers him fondly after learning of his death today.


Screencap from War and Peace from napoleon.holloway.com.
Posted by Samuel Wilson at 3:12 PM

Yep, the PINK PANTHER movies will immortalize him, but he was terrific as you note in LADYKILLERS and he starred in a lesser version of THE PHANTOM OF THE OPERA in 1962. I see you noted this here as well in this wonderful tribute.