In Milwaukee, Ingmar Bergman reflects. Whether these reflections have anything to do with the film advertised, I can't say. 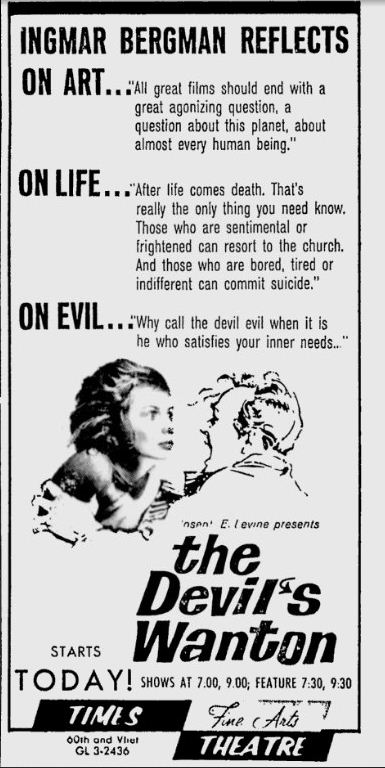 I can say that The Devil's Wanton was made back in 1949 and is now better known as Prison. It only reached the U.S. on July 4 of this year. Bergman was big enough now that distributors dug up his early stuff to sell here.

A Tuscaloosa, AL, exhibitor also reflects on life and death.

So playing roles on screen is how she really was. Some may agree.

In Youngstown, OH, one distributor decides that the way to put the Italian comedy star Alberto Sordi over with the American public is to deprive him of his first name. 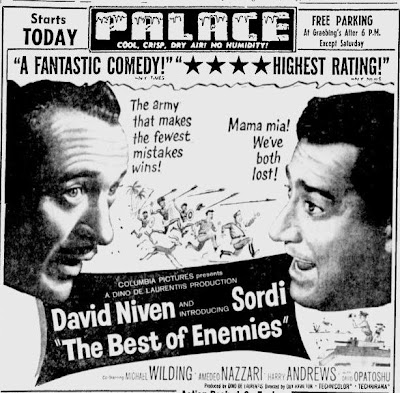 You know, like Fernandel and Cantinflas. One name = a funny foreigner. Get it? 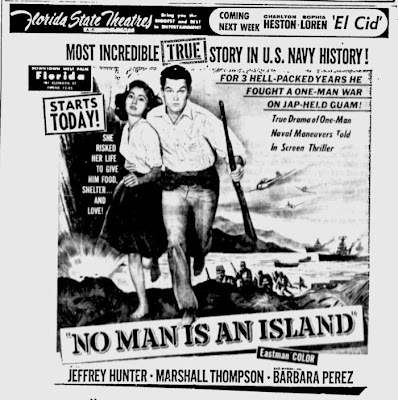 And here's some beautiful B movie promotional art from Salt Lake City, though I apologize for the reproduction. 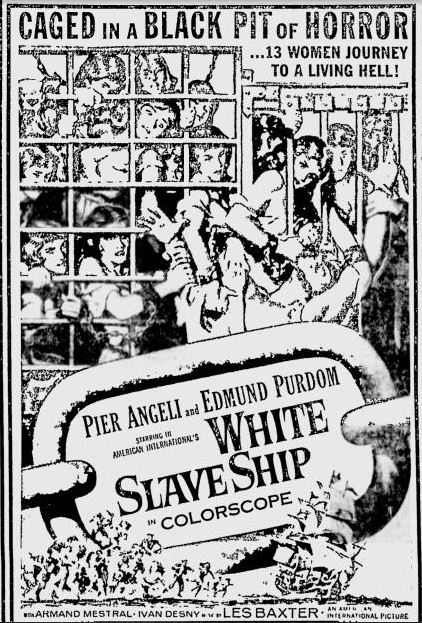 Convicts 4 was the second feature!
Posted by Samuel Wilson at 9:00 PM

Email ThisBlogThis!Share to TwitterShare to FacebookShare to Pinterest
Labels: 1962, Bergman