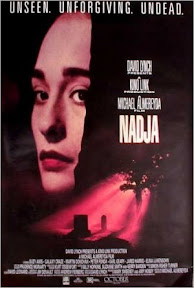 After the high-profile big-budget vampire films of the early 1990s -- Bram Stoker's Dracula and Interview with the Vampire -- it was the indies' turn with a couple of low-profile, low-budget black-and-white films at mid-decade. Michael Almereyda's film and Abel Ferrara's The Addiction are something of a pair in some people's minds, having monochrome in common and appearing in the same year. They also have in common that my friend Wendigo, otherwise an omnivorous consumer of vampire media, missed them during their original theatrical runs, and on video until this year. As with Addiction, he pleads lack of opportunity to explain his neglect of Nadja, but he concedes that it hadn't been a high priority while building a DVD collection. But after finally seeing the Ferrara film and liking it, he and I felt that it was time to give Almereyda a chance.

Wendigo quickly pegged Nadja as having been largely inspired by Lambert Hillyer's Universal horror film Dracula's Daughter. Our title character (Elina Loewensohn) is the daughter of the famous vampire, who is represented in flashback by a clip of Bela Lugosi from the public-domain White Zombie and long shots of a caped man walking on a melancholy cliff. Nadja and her more benign and sickly twin brother Edgar (Jared Harris) were born of the Count's last-chance romance with a gypsy girl centuries ago, their mother's demise having demoralized the master vampire and set him back to his evil ways. 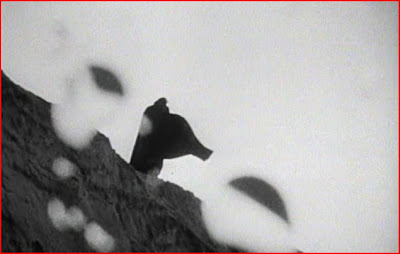 Dracula (above) and Daughter (Elisa Loewensohn, below) 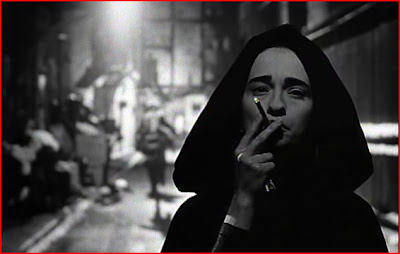 Dracula has just been killed -- in New York City -- by the eccentric Van Helsing (Peter Fonda), "Uncle Van" to his family, who has to get bailed out of jail at the start of the film. His legal jeopardy is one of the main points of resemblance to Dracula's Daughter. Another is Nadja's initial dissatisfaction with her vampiric lot, and another still is her sapphic infatuation with Lucy (Galaxy Craze), the equally dissatisfied wife of Van's nephew Jim (Martin Donovan). Lucy soon develops enhanced strength and speed (the latter illustrated by jump cuts) and even deeper detachment from the world around her, while Jim and Van race against time to save this "apprentice in the realm of darkness" from being totally turned. Meanwhile, assisted by her faithful chauffeur Renfield, Nadja tries to extract Edgar from the care of his beloved nurse Cassandra (Suzy Amis), another of Van's relatives, and get him back on the rare shark-embryo plasma treatment that keeps him healthy. Edgar resists Nadja's control and joins Van, Jim and Lucy in Transylvania, where Nadja has fled with Cassandra in the hope of a new lease on life.... 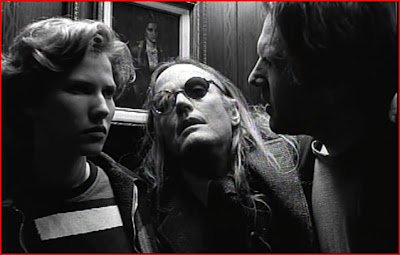 Wendigo gives Nadja credit for a good thematic idea that makes the movie as much a satire of Dracula itself as a riff on Dracula's Daughter. Much as Stoker's vampire touted England's vitality to explain his interest in moving there, Nadja is first seen talking about the energy and excitement of America. But over the course of the film, it becomes clear -- if only because Cassandra finally spells it out for us -- that the vitality vampires hope to thrive on has been replaced by a level of alienation and ennui that finally compels Nadja to flee, like Dracula in the novel, back to her homeland. That may also have had something to do with the exhaustion Van Helsing claims to have seen in Dracula himself. Wendigo also likes the idea that vampirism can be inherited through heredity, but not automatically, or at least not in its full virulence. But while Wendigo can give Almereyda some intellectual credit, he feels that the cinematic realization of the idea left a lot to be desired. While he applauds the monochrome cinematography by Jim Denault and the overall production design of Kurt Ossenfort, he thinks that the story lacked dramatic coherence. Ennui is something hard to put on film in a compelling manner, and if anything the actors express it all too accurately. Elisa Loewensohn has an interesting, maybe even a "cool" look, but her performance as Nadja is so low-key that Wendigo found the character unengaging -- though he blames the director for that. She failed to draw this vampire-buff into the picture, and the other actors did even less. Peter Fonda has the impossible task of playing a crazy man in a dull way in keeping with Almereyda's overall tone. He ends up virtually confirming his stoner stereotype with a too-subdued performance in a role that probably needed Dennis Hopper instead -- though Hopper would certainly have been too intense for this movie. Martin Donovan is no better as the male lead, and while the male lead is often dull in this sort of movie, but Donovan renders Jim a spectator in his own story. The other principal females -- Galaxy Craze and Suzy Amis -- made little impression, but were hardly allowed to. 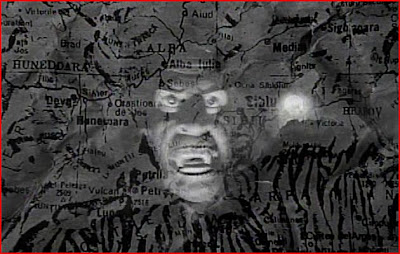 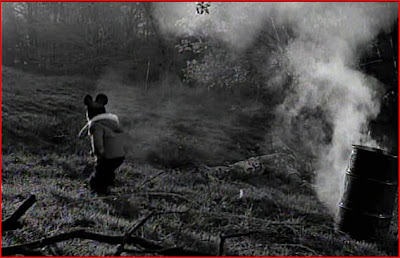 Almereyda is a pretentious director aligned with David Lynch, who has a producer credit and a bit part as a security guard. The product of this union is a picture with much gratuitous pseudo-surrealism, most notably the heavily-pixeled toy-camera shots that Wendigo assumes are meant to represent the "realm of darkness" juxtaposed over our own. More examples of self-conscious absurdity include Lucy's bobble-head Dracula Christmas tree ornament and the director's representation of Transylvania with a shot of a child in Mickey Mouse ears cavorting near a smoldering trash can. These bits do little to enhance the mood or make a point; they are weirdness for its own sake, self-indulgence in the guise of art -- or comedy. The way I see it, a great director could get away with a film about ennui if he can compensate pictorially to give it the life he's denied the actors. Wendigo feels the same way but would rather put it more bluntly: no amount of artistry makes up for the lack of a strong script and good acting. Of the two vampire indies of 1994-5, The Addiction had those in abundance, while Nadja is ultimately less inspired, or at least less inspiring, than it thinks it is.

Posted by Samuel Wilson at 4:44 PM

Hmm, doesn't really sound like my cup of tea.