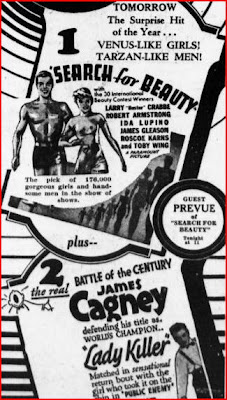 Erle C. Kenton's comedy hit screens early in 1934, the year that mostly Catholic moral reformers finally succeeded in pressuring Hollywood into cracking down on the more salacious or sensational elements that made "pre-code" cinema what it was. The stricter code enforcement most likely made Search for Beauty unreleasable for many years afterward. To be honest, that was no great loss. While today's movie buffs revere pre-code for its sophisticated frankness and stylish transgressions, Kenton's film points to another, maybe more likely evolutionary path Hollywood may have taken had there been no crackdown. Beauty is a crude, bawdy and stupid show self-consciously dedicated to pushing the envelope in some ways without really delivering the goods in other respects. It points more toward sitcoms and bad British softcore comedies than the liberated expressiveness of the Seventies and beyond.

As a New York Times review explains, Search is the payoff of a publicity stunt Paramount Pictures perpetrated in 1933. The studio sought out the most perfect physical specimens, male and female (whites only, of course) in the English-speaking world in order to recruit them for pictures. They ended up getting no mention individually in the opening credits, being listed only as the 30 contest winners, but they are prominently placed throughout the picture. They provide the bulk of the beefcake and cheesecake in the picture, with more beef than cheese on display because the boys can go topless -- and bottomless in one locker-room scene. The women are more modest, though one can tell that they aren't wearing bras beneath their one-piece uniforms. 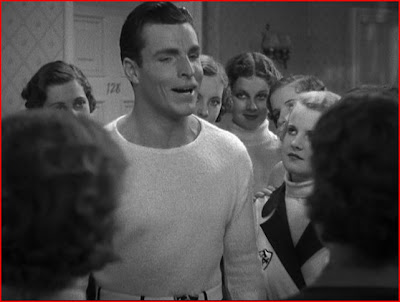 Buster Crabbe near the finish of his Search For Beauty. Below, Crabbe as seen in the Oppressive Female Gaze (of actress Gertrude Michael) at the film's facsimile of the 1932 Olympic Games. 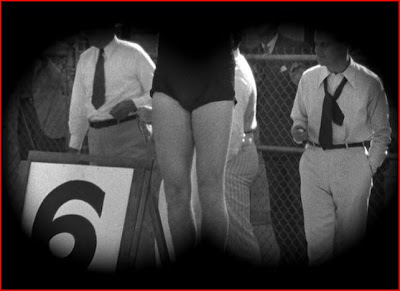 The young leads are established actors, Larry "Buster" Crabbe and teenaged Ida Lupino as Olympic gold medalists (Crabbe was one in real life) who are hired as celebrity editors of a health-and-fitness magazine whose new publishers -- including ex-con Robert Armstrong in dumbed-down Carl Denham mode -- see the venture as a vehicle for sexy pictures of scantily clad specimens. Crabbe and Lupino are true believers and resent the publishers turning their project into trash. Armstrong uses Crabbe's idea for a global fitness contest as an excuse to send the lad out of the country so he and his partners (including the always-amusing, though less amusing than usual, James Gleason) can run the show unhindered, voting down Lupino consistently in editorial conferences. 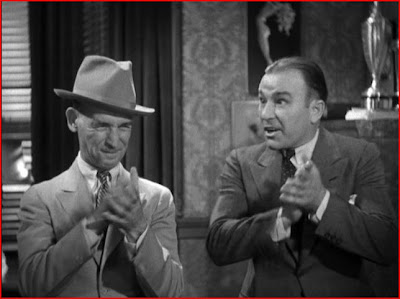 James Gleason and Robert Armstrong rub their hands greedily while well-intentioned editrix Ida Lupino fumes. She ought to; even Crabbe treats his supposedly equal partner like a secretary, telling her to "take a letter" in one scene. 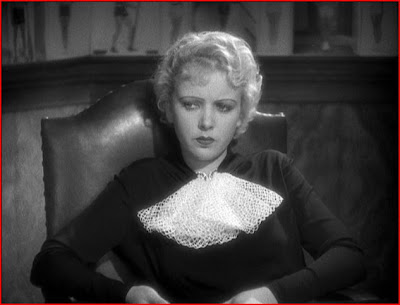 Crabbe returns with an idea to convert a health-farm owned by the former publisher into a modern fitness hotel, and has put the contest winners under personal contract to himself rather than the magazine, outwitting Armstrong when the huckster proposes a split meant to leave him in control of the bodies beautiful. The rest of the film involves Armstrong's scheme to regain control of the hotel on its opening weekend, the highlight of which is a big floor show featuring all the contest winners. 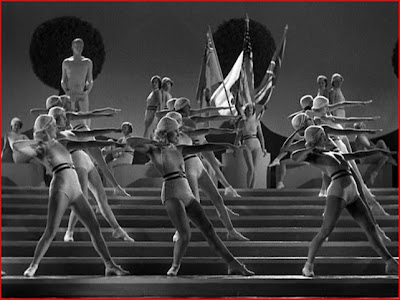 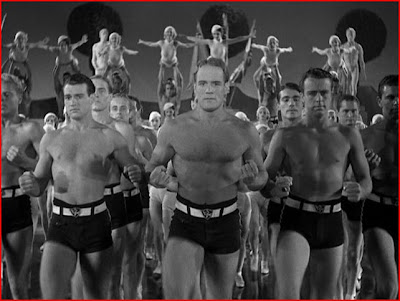 The floor show is the film's make-or-break moment that could redeem the inane comedy of the huckster publishers and the so-far tepid exploitation of its physical specimens. It proves an uninspired, turgid sequence. For a choreographer or art director it really needed the unholy love child of Busby Berkeley and Leni Riefenstahl -- but Mitchell Leisen might have worked in a pinch. Paramount had no such luck, and by the Berkeley standard this sequence would have a hard struggle to be second-rate. In a way, it's topped by a climax that comes across as a parody of the quasi-fascist films of the period that show dynamic people taking decisive, often extra-legal action against social problems. In Search, this uprising takes the form of the contest winners forcefully rousting the inaugural weekend guests -- uniformly old or fat -- out of their beds at a beastly hour of the morning for compulsory calisthenics conducted by Crabbe and Lupino. To add insult to insult, the "guests" are instructed to "whistle gaily" on their forced march, and when bare-chested men compel male weaklings to do so, you know and the filmmakers know what whistling gaily can mean. 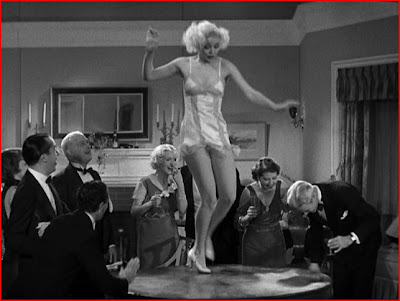 The end is typical of the film, as Gleason takes the final bow. 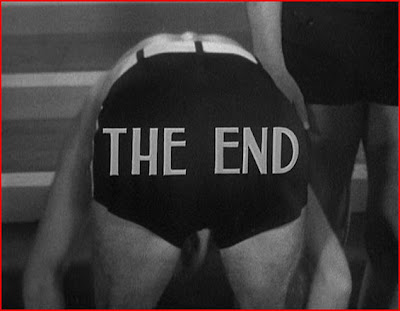 There are a few good Depression zingers in the screenplay. Armstrong, on his release from prison, complains that some of the money stashed away on his arrival is missing; he tells the guards that jail is nearly as bad a place to keep your money as a bank. But for the most part the picture lacks that social relevance that gives many pre-codes an extra edge. Search for Beauty is basically a brain-dead comedy without comedians (Gleason is reduced to malapropisms while Armstrong only blusters) and a half-hearted attempt at exploitation. But it probably earns its place as the last film in Universal's Pre-Code collection by showing exactly how far films could go by the end of that remarkable era.

By the way, here's the full "Symphony of Health," uploaded to YouTube by MataMachree -- the poster no man can resist!

Posted by Samuel Wilson at 9:14 PM

I liked this one more than you did, for its camp excessiveness. I admit it's not Citizen Kane though!

d, I can understand people enjoying the film. I was just expecting something a little smarter and, when it came to the big production number, a little sexier.

Wow, this sounds very odd - I like both Lupino and Gleason so am tempted. Also intrigued by the poster which advertises Cagney's 'Lady Killer' as if it was a wrestling match.

Judy: Lady Killer is definitely the film to watch on that particular double bill, and that ad shows just how much Cagney's violence (toward women, too!) was part of his appeal. I saw it months ago but never got around to writing it up, but it's a wonderfully amoral movie that belongs in the Parade.