Another world premiere in Florida, this time in Miami for one of the year's most memorable films. 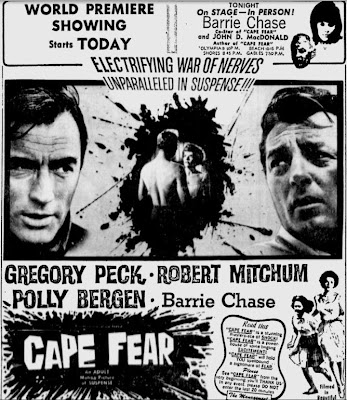 This film needs no introduction, but I'll show you a trailer anyway. FilmTrailersChannel uploaded this version to YouTube.

One person does it, then everyone does it. Yesterday it was Milwaukee; now Miami has a Taylor-Burton double bill. 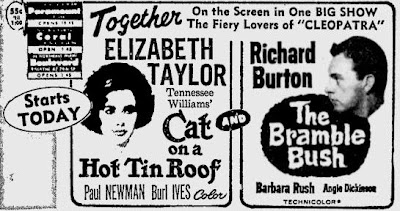 The funny thing about this trend is that it seems to underline how unknown Burton still was despite toiling in Hollywood for a decade -- he starred in The Robe, for Chrissakes. Yet I wouldn't be surprised if some of his films earned more in these Cleosploitation double bills than they did in their original releases in a lot of places. At this rate people will be seeing a lot of Burton before Cleopatra itself comes out.
Posted by Samuel Wilson at 12:00 PM