Then as now, December is Oscar-bait season. Here's a would-be front-runner opening in New York City. 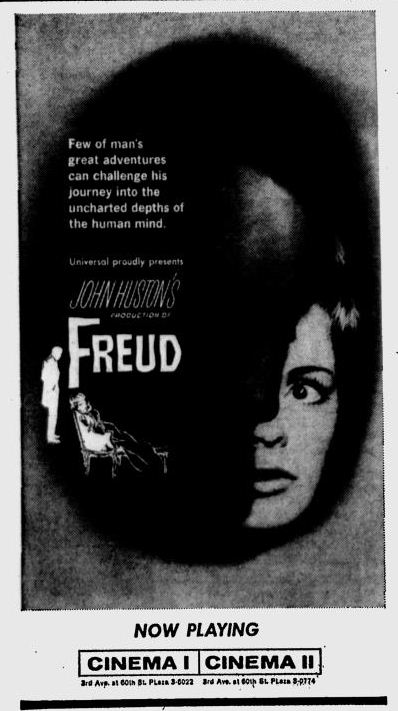 A biopic like this might have better luck today, but we had a Freud movie last year -- sort of -- that didn't get very far, either.

The following doesn't fall strictly into the "Now Playing" category, but the year's big war epic is already playing in the biggest cities at the time this teaser campaign starts up in Milwaukee. It's a neat way to emphasize the film's all-star element, though the player featured below wasn't exactly a star. We'll see a few more of these before the year is out. 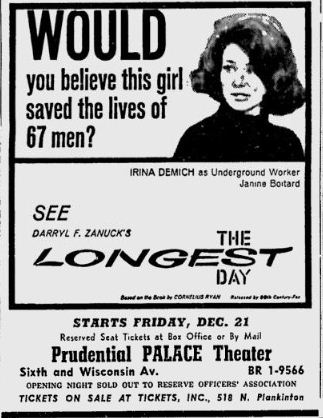