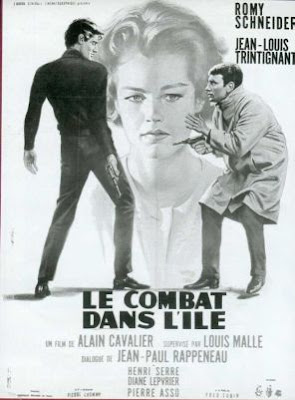 The "nouvelle vague," the French New Wave of cinema, reached across the Atlantic and made quite a splash on American shores in the 1960s, but Americans didn't really feel its full force. Dozens of young directors got the chance to make their first films following the success of Francois Truffaut's The 400 Blows in 1959, but not all of them travelled as well. The first feature of Alain Cavalier, for instance, didn't have an American premiere until last year, 47 years after its French release. You'll notice that it doesn't even have an English title, though it's known as "Fire and Ice" in some quarters. Since it has some stars who were already known in U.S. art-house circles, my guess is that the French political context made it seem too obscure to potential distributors, or else the novelty of the New Wave was already wearing off by the time "The battle on the island" was available for export. 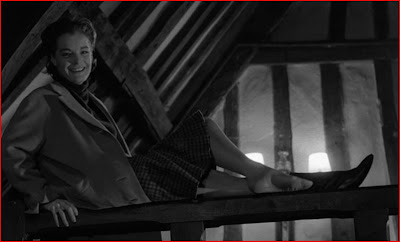 It's actually a pretty simple story. Anne (Romy Schneider) loves Clement (Jean-Louis Trintignant) despite his jealousy, his controlling ways, and his activities as a terrorist. He belongs to the faction that opposed French withdrawal from Algeria, and his group leader Serge assigns him to take out a pro-independence politician. Serge accompanies him on the mission, which is meant to make a statement. The way to do that is to fire a bazooka from across the street and blow up the man's apartment. Clement has the weapon stored in his apartment for a time before the attack. When Anne stumbles upon it, she's troubled by it but not exactly outraged. She's an emotional needy person, perhaps because Clement has curtailed her social life and her career as an aspiring actress. She's willing to share his perils, but Clement's not having that when he can help it. He wants her around when he feels needy but often can't be bothered when the roles are reversed. 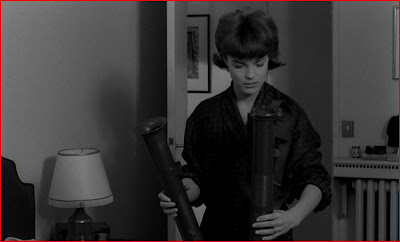 Whatever would one do with a bazooka in the middle of Paris? Anne (Romy Schneider) wonders while Clement (Jean-Louis Trintignant, with Pierre Asso below) demonstrates. 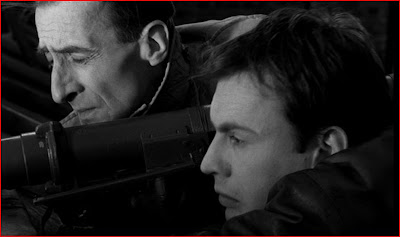 The mission seems to be accomplished, but soon Serge tells Clement that he's got to leave Paris; someone has exposed their cell so everyone has to lie low. Clement decides to head for the countryside, with Anne along for the ride, to stay with his childhood pal Paul (Henri Serre), who runs a print shop. While in hiding, they learn that his target not only survived the attack, but wasn't even in the building. He'd been tipped off in advance and advised to plant a dummy in his apartment to be blown up in his place. Clement figures only one person could have tipped the target off: Serge. He abandons a distraught Anne to get his marching orders from the remaining group, and is soon off to Argentina in pursuit of his erstwhile mentor. 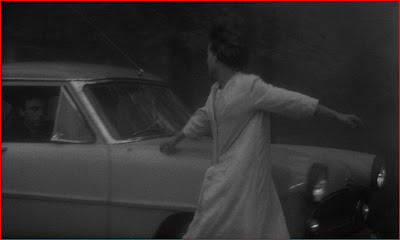 Anne sinks into a depression, but recovers under the good influence of Paul and his sister. She learns to enjoy life again, and Paul encourages her to take up acting again. The rustic idyll soon results in romance -- and that's Clement's cue to reappear. Having settled accounts with Serge, he wants to reclaim what's his, but Anne says she isn't his anymore. Clement feels that Paul has betrayed him as much as Serge has, but for whatever reason having to do with honor Clement doesn't want to kill his old friend in cold blood. He wants to kill Paul, all right, but honor in this case demands a duel. "How old are you, twelve?" Paul asks understandably, but Clement won't be dissuaded. Paul eventually understands that he has no choice, despite his own pacifist nature, to confront his former friend and destroy him if necessary.... 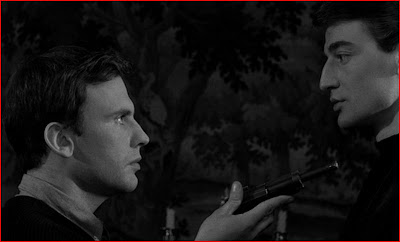 Clement is a trained killer and Paul is a trained civilian, but the terrorist thinks it'll be a fair fight if they use unfamiliar weapons (German pistols) and have equal time to practice.

I have to admit that Le Combat didn't strike me as anything historically special. The acting is strong and the black-and-white cinematography by Pierre Lhomme is sharp, but the direction looks ordinary now and Cavalier burdens the story with omniscient voiceover narration that didn't seem necessary, though it does help viewers of today understand issues that 1962 French audiences probably took for granted. It's really a fairly melodramatic if not pulpy story told pretty much with a straight face, with a clear bad guy and good guy, though Schneider got the top billing. You probably have to have a sense of cinema history to appreciate Le Combat's place in it, if you can imagine what the same story might have looked like filmed ten years earlier. Without that, I think you could still appreciate Cavalier's feature debut as a modest drama with nice views of urban and rural France and a window into real history and its impact on cinema.

Before I saw this new DVD from Zeitgeist at the Albany Public Library I hadn't even heard of Alain Cavalier, much less any of his films. The disc comes with some behind-the-scenes photos, a booklet including a new essay by the cinematographer (unfortunately, the library doesn't include booklets like that with its loaner discs) and a new short film by Cavalier which consists of his camera moving across a set of photos and him reminiscing about making the film nearly fifty years ago. One thing I've noticed about the New Wave is that, with the great exception of Truffaut they've mostly been a long-lived bunch, with many, including Cavalier, more or less active today. I guess DVDs guarantee them a little immortality, and for free I was happy to do my part to keep his place in history alive.
Posted by Samuel Wilson at 10:05 PM