DVR Diary: REPORT ON THE PARTY AND GUESTS (O slavnosti a hostech, 1966) 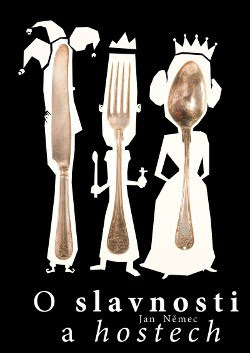 Jan Nemec's Kafkaesque allegory was a bit much even for the vaunted Czech New Wave. Czech cinema grew more ambitious during the 1960s before the political Prague Spring promised a more welcoming environment, and Report on the Party was banned by the Communist government.  Maybe they shouldn't have been so sensitive; Nemec's film isn't a report on the Communist Party, after all, unless you choose to interpret it that way. It's a wedding party put on by the bride's father, a powerful man who's whimsically invited a group of picnickers who'd been walking through a park on their way home. I could empathize with them. Many years ago some friends and I walked through Washington Park in Albany and encountered a mildly menacing group of guys who identified themselves as homeless veterans who "sort of protected the park." One of my friends made peace with them, as I recall, by giving them a pack of cigarettes. It's not so easy with the goons who accost our little band in the Czech park. They hustle our group -- three women, four men -- to a point where they set up a table. There soon appears Rudolf (Jan Klusak), an officious looking idiot if not an idiotic looking official. At least he seems determined to play official, making his victims stand inside arbitrary lines while he prepares to examine them. One member of our original group, a gruff burly guy, gets sick of it and decides to leave, knocking Rudolf down when the idiot tries to stop him. Rudolf's goons rough the guy up a bit -- it's more teasing than torture as they toss him in the air repeatedly -- until Rudolf's own master shows up to apologize for the confusion. This is the master of the revels, a dinner party with several dozen guests. While Rudolf sits down and seems to be eating grapes with a knife and fork, one of our three women breaks down in tears; her husband has slipped away, leaving her behind. Interestingly, this isn't the burly fellow who'd been complaining about everything, but someone who had made no impression on me earlier. His disappearance makes a bad impression on the host, who goes into a sulk, briefly losing his appetite. He chides Rudolf anew: how was he supposed to have realized that someone had left when he can't even see an empty chair? As Rudolf painstakingly counts chairs, further confusion ensues as first one, than many guests realize they've been sitting in the wrong chairs. They've barely rearranged themselves when the host decides they should all go find their runaway guest, except for our original protagonists, who are instructed to wait at the party site and fire a rifle should their friend return. That's pretty much how things stand at the end.

The subject isn't Communism specifically, obviously, but arbitrary power in its many faces, bullying one moment, embarrassing and suffocating in its embrace in the next. Rudolf and the host are two faces of the same force, the irony of it being that the more violent of the two is the more comic and ultimately less menacing, even if he represents revolutionary terror, while the host seems more sinister in his demand that everyone be happy in his presence. These two characters end up dominating the film, and Klusak, a classical composer in real life, does the most to entertain us, but Nemec's real subject is the petty complacency of his picnickers, their desperate reasonableness that ultimately becomes collaboration as all seem poised to betray a friend (or husband) should he, transformed by an enigmatic refusal, reappear amongst them. It's interesting to observe how the one initially contentious character, the guy who throws Rudolf down, ends up hardly less accommodating, if still complaining, than his more passive pals. The other man's withdrawal becomes all the more mysterious and all the more unreasonable to the rest of his party, not to mention the larger party. It adds up to a mildly bleak satire, and it tells us a lot about Marxist-Leninism in those days that the Czech leadership took such offense at the thing. Their hurt feelings give Report on the Party a historical value beyond what entertainment value it has. It's worth a look -- and it's only 71 minutes long -- if you have an urge for the absurd and any curiosity about how easy it was for artists to get into trouble during the Cold War.
Posted by Samuel Wilson at 10:36 PM