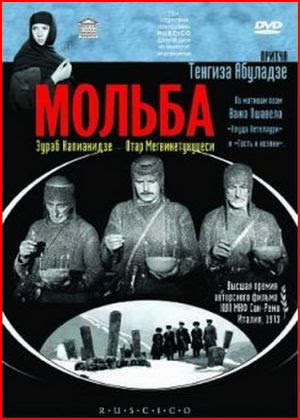 During the mid to late 1960s Eastern European moviemakers created a cycle of black and white epics. Not necessarily epic in budget, they contemplated the past with gritty verisimilitude and an unflinching candor about the cruelties of centuries ago. I've categorized these as a "History of Cruelty" cycle, and at first glance Tengiz Abuladze's film, made in the Soviet republic of Georgia, resembles those films. It has the archaic architecture for authenticity and the eye for cruelty, though Abuladze's is a glancing rather than a staring eye. The Plea adapts the epic poetry of a Georgian literary hero, Vazha-Pshavela, and that gives the film its epic quality along with a more lyrical ambition. Abuladze aspires to cinematic lyricism, choosing his images to illustrate the spirit as much as the letter of the original verse. The screenplay itself is in verse, presumably repeating lines and stanzas from the original. Much of it is spoken in voiceover, and when Abuladze goes into montage mode his film looks like a precursor of Terrence Malick. He has the talent, and Vazha-Pshavela has the poetic authority, to make the resort to voiceover seem like the correct approach to the material. Malick's writing often falls short of poetry, to this ear at least, and this makes his use of voiceover, which when employed by anyone threatens to reduce image to illustration of spoken words, sometimes seem pompous. Somehow because Plea is based on real poetry -- and the English subtitles on the Ruscico DVD try to keep up metrically and in occasional rhyme -- word and image fit together better, more harmoniously. 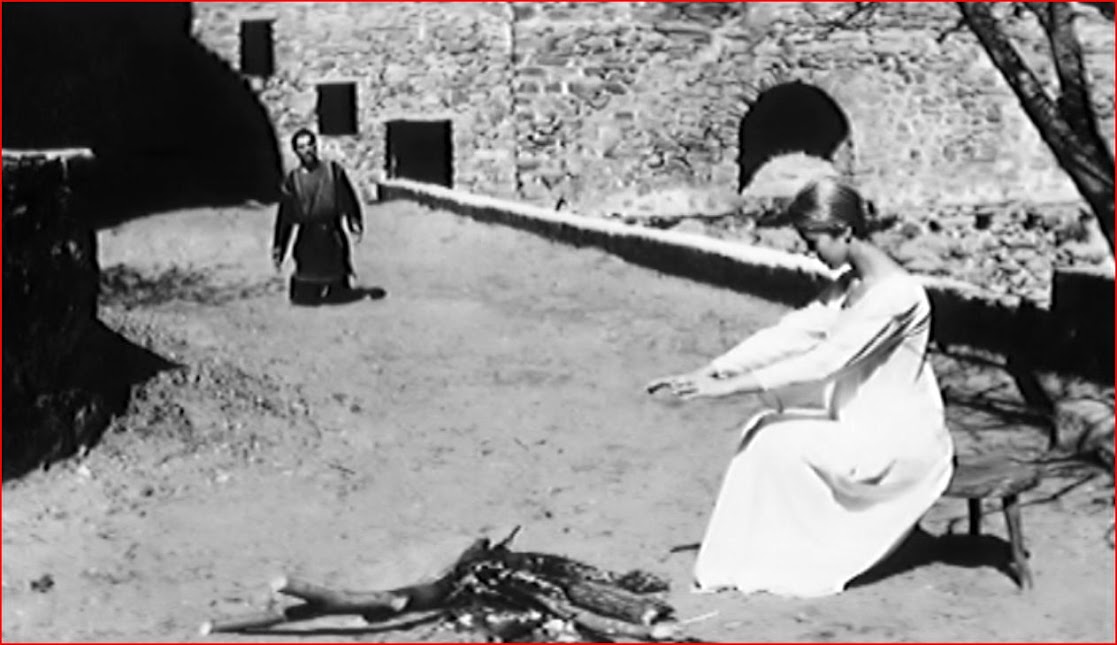 Abuladze gets the plea of the title out of the way quickly. "Don't let me just live and breed," the narrator appeals to God. He asks for a divine madness, an unquenchable thirst for goodness, and "to grow the sprouts of joy" until death reunites him with his parents, the earth and stars. We know this narrator as a Pilgrim who wanders through the land if not also across centuries. We see him in ancient settings in a series of framing scenes in which he encounters a beautiful white-clad woman and a fat, hairy and sinister slob named Matsil. The Pilgrim idealizes the woman while he fears the bestial man, who himself covets the woman, as a devil. We return to this trio repeatedly after following other storylines. We learn when a farmer tries to shoo the Pilgrim off his land, that it had once been the Pilgrim's home, which burned down as only the woman tried to save it, while Matsil took water for himself. Later still, Matsil will marry the woman, and in short order the woman is hanged. It's pretty clear that these too are symbolic figures, but what they symbolize I'm not quite sure, except that the woman is the Pilgrim's (and the poet's) ideal of selfless love and his muse. 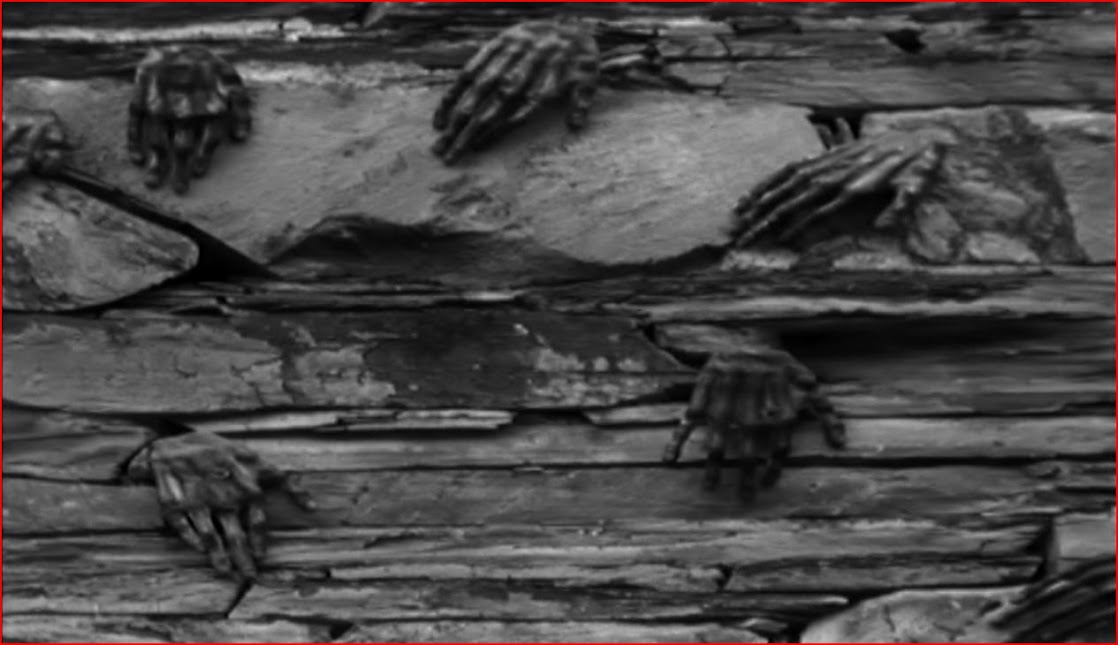 The real meat of The Plea is the two mirror-image stories of the feuding mountain folk, the Christian Khevsurs and the Muslim Kistins. In the first of these stories, Aluda the Khevsur hunts down Mutsil the Kistin horse thief. The two sharpshooters have a showdown that becomes a kind of epiphany for the triumphant Aluda. Discovering profound respect for the man he's killed, Aluda renounces the Khevsur custom of chopping off Kistin hands as proof of their kills. More scandalously still, he wants to sacrifice a young steer in memory of the man he now regards as a hero in his own right. For this sacrilege his own people ostracize him. They can't comprehend what's come over Aluda; it's not like he hasn't killed Kistins before. He can only be a heretic or a traitor. They order his home sacked -- which has led some observers to assume that the Pilgrim, who tells of his ruined home soon afterward, is an older Aluda. 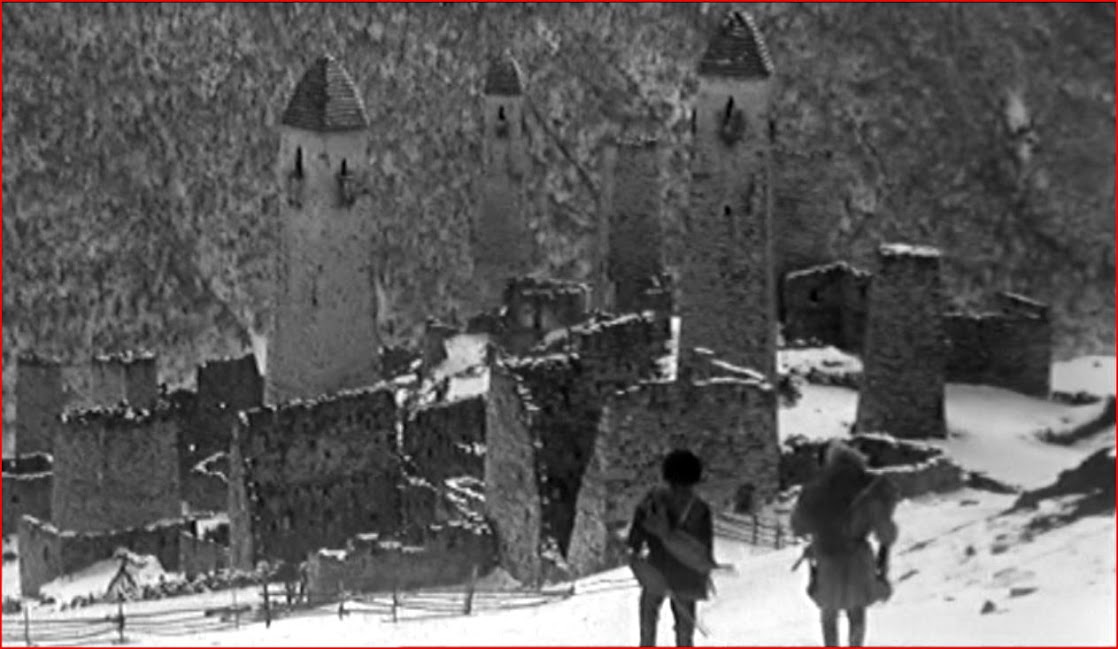 Some even assume that Aluda is the Khevsur character in the second story, although another actor is credited with that role. This time a Kistin hunter, Dzhokola, encounters a fellow hunter, who happens to be a Khevsur, who hasn't had a good day. Dzhokola respects a fellow hunter as Aluda respects a fellow warrior and invites the man who calls himself Nunua to share his own kills as Dzhokola's guest in the Kistin village. The outraged villagers identify Nunua as an old enemy, Zviadauri, who killed two local brothers, for whom vengeance is demanded. If Dzhokola is embarrassed by his ignorance he doesn't show it. Instead, he doubles down on his hospitality principle; nobody's going to touch his guest if he has anything to say about it. But as it turns out, he doesn't. Instead, he's virtually lynched and left to watch Zviadauri die. 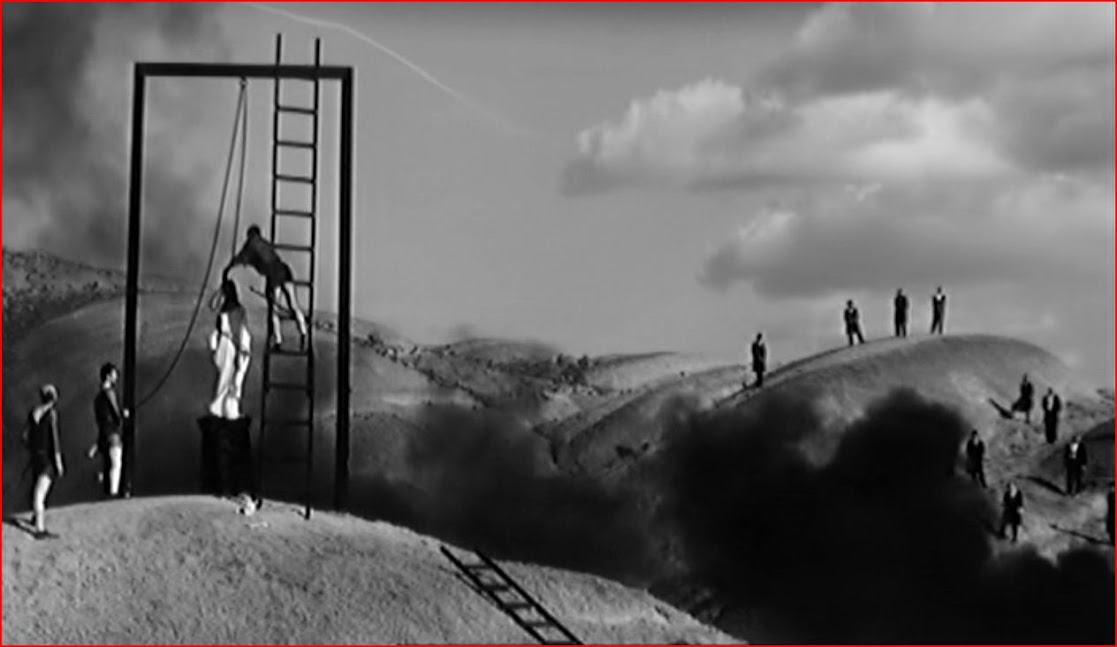 Abuladze's heroes are the men of both faiths who recognize humanity across sectarian lines. They're tragic heroes because they're ahead of their times, but Abuladze seems to question whether they were appreciated even in Vazha-Pshavela's time. I'm not sure how far in the past the two tales take place, though as noted Aluda and Mutsil have firearms, but the poet bridged the 19th and 20th centuries and the film occasionally segues to that era. The farmer who tries to shoo away the medieval-looking Pilgrim is a figure closer to our time, and as we return to the final scenes with Matsil and his "queen" we see more 19th century types as partygoers and spectators honoring the beast-man and watching the woman's execution. Out of nowhere Abuladze throws us a stunning scene of a march of beggars, led by a lame man, that scatters at the approach of sabre-swinging cavalry, leaving their leader to tumble to the cobblestones. Injustice endured, it appears, even as the culture celebrated the great poet, while the Pilgrim flees from a landscape of moderns digging graves. All he has to sustain him is the enduring vision of the woman walking toward him through a field, embodying love and goodness even after death.

I fear it would be a distraction to write down the jaw-crunching names of the Georgian actors, who do pretty good considering the constraints of Abuladze's format, but the cinematography of Aleksandr Antipenko and the powerful music of Nodar Gabunia really deserve credit for setting the director's mood with decisive eloquence. Gabunia comes through throughout while Antipenko really nails the moment when the doomed woman, as the ladder is taken from under her feet on the gallows, seems to transform into a shaft of light. They give The Plea the uniquely poetic flavor Abuladze intended, making it a uniquely successful exercise in translation from one medium to another. Indisputably pretentious, Plea also has moments of indisputable power and profundity. It deserves wider recognition as one of the great achievements of Soviet cinema.
Posted by Samuel Wilson at 10:24 PM