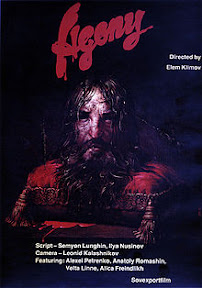 Grigory Efimovich Rasputin is one of those 20th century personalities who ascended from history to myth. He might have been remembered only for being the archetypal "mad monk" and for his mysterious influence over the decadent Romanov nobility as Russia descended into war and revolution. The sensational circumstances of his death, as reported by the man who claimed to have killed him and confirmed by autopsy results, transformed him into a kind of real-life monster, his alarming resilience being proof, if not of supernatural power, than at least of superhuman evil. It only added to his appeal as a cinematic subject, whether played as a creepy old man by Lionel Barrymore, as a brutal bumpkin by Christopher Lee, as an ironically genuine visionary by Tom Baker, and so on. In Mike Mignola's Hellboy continuity, Rasputin is a truly satanic figure of arcane might and malignancy. The Rasputin legend echoes on through popular culture, whether in movie villains' generic ability to get up from fatal blows or in more abstract, attenuated form -- as I might argue is the case in There Will Be Blood, in which Eli Sunday plays a kind of Rasputin to Daniel Plainview's tsar and meets a comparably absurd end.

Here and below, Alexei Petrenko as Rasputin
Strangely enough, the Soviet Union seems to have had a hard time figuring out what to make of Rasputin. Either the government, its state-run film industry or director Elem Klimov did, since Agoniya, Klimov's Rasputin film, sat on the Soviet shelf for close to a decade, appearing only on the eve of Gorbachevian glasnost after occasional screenings in the west. Having just watched the film, I have to assume that there were errors of omission in Klimov's account, unless Soviet censors were simply prudes, since I saw nothing I could call even implicitly anti-Soviet in the story, though I did see a few bare breasts. Some people have suggested that Klimov made Nicholas II too sympathetic, even though the film clearly portrays him as an ineffectual wretch who isn't even master of his own household. Others speculate that the director didn't emphasize enough that Lenin and other Bolsheviks were leading the scenes of working-class unrest that are illustrated with newsreel and stock-footage imagery. Nobody can accuse Klimov of neglecting to teach a lesson, since the film is thick with expository narrative and contextualizing history lessons. Of these, the most interesting was the gallery of mad monks, mountebanks, etc who infested late imperial Russia. Rasputin had rivals in his own time, most notably in the film a Tibetan herbalist who teaches breathing exercises to infirm nobles and clearly hopes for greater proximity to the throne.

Perhaps, in an officially atheist country, the Soviets hoped Klimov would clarify Rasputin's role as a representative of religion or proof of its falsehood. Instead, Agoniya is very ambiguous about its subject's sincerity, though that may be because it portrays him pretty clearly as a classic antinomian, someone whose personal relationship with Bog places him beyond conventional morality. Father Grigory is unrepentantly self-indulgent, and the way he impulsively throws himself at women almost qualifies him as an honorary Marx Brother. It certainly made me wonder whether the historical Rasputin wasn't an influence on Groucho's misruling authority figures. While Klimov's Rasputin is clearly cynical with politicians who hope to use him to advance their causes with the tsarina, it also seems unlikely that he's an outright self-conscious charlatan. If Klimov meant to knock religion in general, he did a better job in the scene when a grotesque gaggle of Orthodox clergy ambush and apparently attempt to exorcise Rasputin than he did with the man himself.

I assume that the "Agony" title refers to the death throes of the Romanov dynasty in 1916 rather than any internal torment suffered by Rasputin. The fatal year is portrayed as an ordeal for him, however, with as many individuals or factions gunning for him as were seeking his favor. The mad monk isn't shown as the master of events, but as someone with a target on his back through the whole picture. Klimov's point may have been to say that no one was master in 1916, "agony" being one with chaos. If so, that may have offended Soviet censors who would rather have had Russians believe that Lenin and his pals were already at work behind the scenes to bring things under control. Marxists-Leninists believed in historical inevitability, after all, so Klimov's chaotic scenario may have been a bit too messy for them.

Klimov's Rasputin is a plaything of history rather than a demonic villain, and Alexei Petrenko's performance runs a wider behavioral range than we've seen in Anglo-American portrayals. Because he's never in as much control as folklore would claim, Petrenko's vulnerable, sometimes desperate Rasputin seems less focused than the versions of Barrymore or Lee. On the other hand, he gets opportunities to go wild that were denied to his western counterparts, especially in a family reuinion scene in Rasputin's home village, during which Petrenko gets to go full hillbilly, climaxing dinner by swinging and hurling a live piglet at a guest who calls him a thief but begging forgiveness from everyone afterward. That's one of the best illustrations of the conflicting impulses animating the mad monk, and it shows Petrekno making the best of his acting opportunity. His death scene isn't quite as epic as you might want -- he gets one comeback, not counting his resistance to poison, -- but the scene itself is redeemed by the panicky antics of the actors playing Felix Yusupov and his co-conspirators.

Agoniya works as what I think Klimov meant it to be -- a portrait of a regime and culture on the brink, with Rasputin as a symptom rather than a cause of catastrophe. It's more spectacle than character study, but Rasputin is inevitably a spectacle of a character. I doubt whether it would have hindered fulfillment of the current Five-Year Plan or encouraged unwelcome analogies between the Romanovs and the Brezhnev government. But governments are never more arbitrary than in their dealings with artists, as the fate of Iranian director Jafar Panahi reminds us this very week. Klimov got a kind of revenge by becoming head of the Soviet film board under Gorbachev and releasing many more suppressed films, but it's a shame, on the strength of this film, that he didn't get more opportunities to do his own thing.
Posted by Samuel Wilson at 1:41 PM

Conrad Veidt played a rather sympathetic Rasputin in an early 30's german film.

Anon., thanks for the tip. The film is called, in literal translation, Rasputin, Demon with Women, and it was made by a director, Adolf Trotz, who's an unknown quantity to me. But Veidt as Rasputin is almost automatically a must-see now.