The director Jafar Panahi made two of my favorite Iranian movies: the small-time crime drama Crimson Gold (2003) and Offside (2006), an impressive bit of guerrilla filmmaking about female soccer fans sneaking into a men-only stadium. Since then, Panahi has been at increasing odds with what seemed an increasingly reactionary government during the Ahmadinejad administration. During the turmoil following the disputed 2009 election, Panahi was arrested but quickly released with an apology. After making public his sympathy with the opposition at the Montreal Film Festival, he was arrested again in 2010. This time he was accused of making propaganda against the Islamic Republic, apparently for working on a documentary about the recent unrest. The verdict amounted to a blacklist with the force of law. Panahi was sentenced to six years in prison; beyond that, he was forbidden to direct movies or communicate with foreigners for twenty years. Iran does allow appeals, and the prison part of his sentence appears to amount to a loose form of house arrest. But it's the ban on directing that hurts -- not that he's taken it lying down. 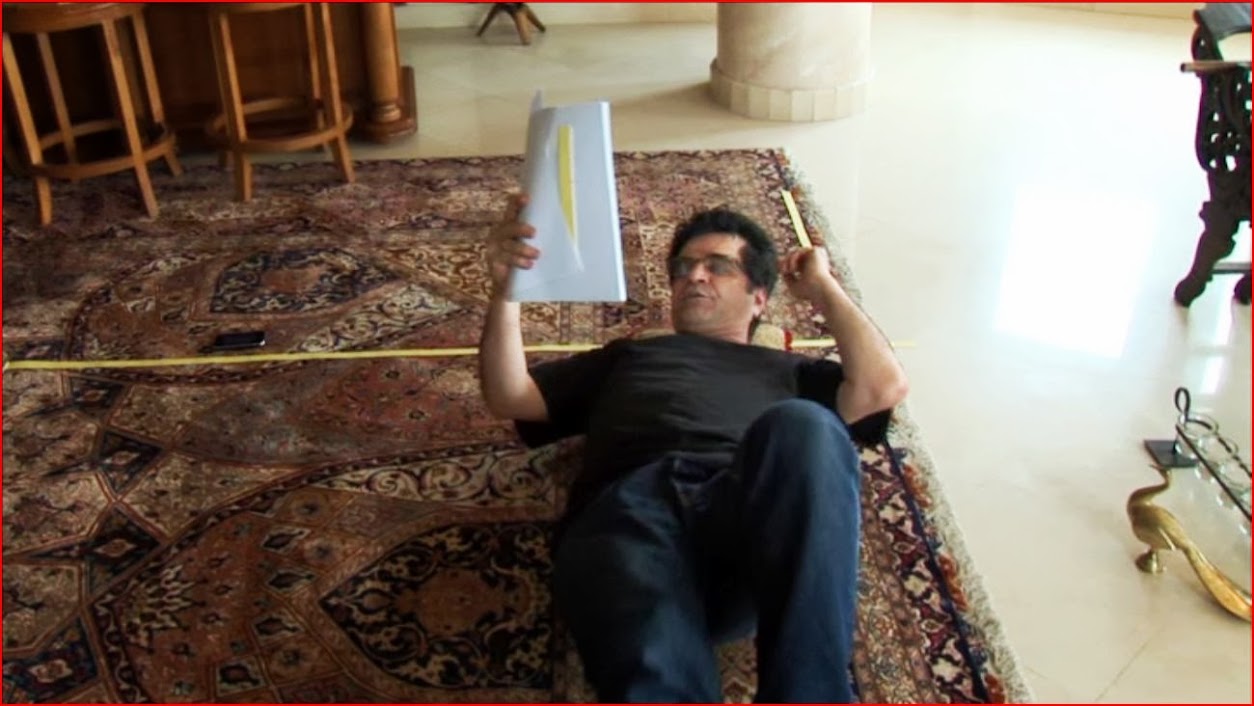 Mojtaba Mirtahmasb is the credited director of This Is Not a Film, but it's plainly Panahi's show. Shot on a camcorder and iPhone, it's a document of Panahi's isolated existence during the appeal process. Confined to his pretty nice apartment, with his family out visiting relatives and only his pet iguana for company, Panahi can have visitors and so summons Mirtahmasb to film his musings on frustrated projects. Close to his heart now understandable reasons is a screenplay he was denied permission to film about a young woman imprisoned by her parents to prevent her attending art school. He believes he can tell the story and even demonstrate how he would have shot it by using tape on his carpet to lay out the girl's apartment. The inadequacy of it all gets to him, however, and he flees to his balcony to brood. Fortunately, he has a very picturesque view of a massive construction project across the street. 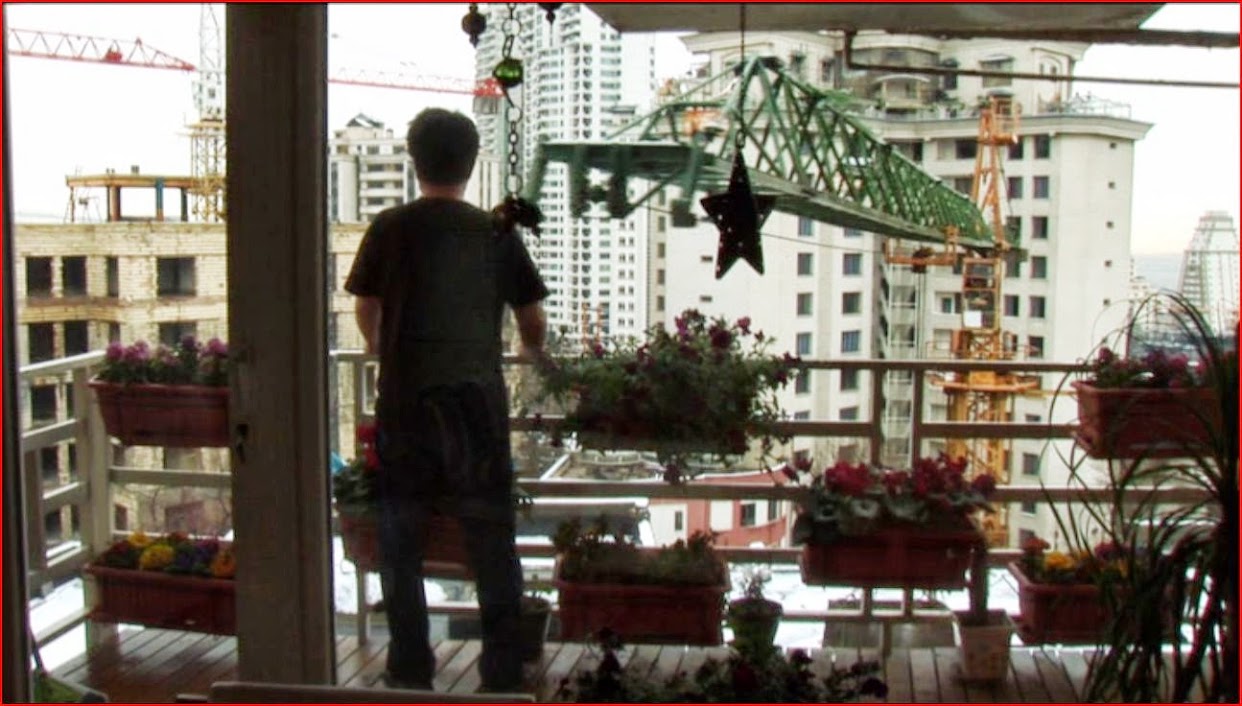 Panahi's impulse is to protest and struggle, but his humane storytelling instincts gradually take over in the second half of the 78-minute film. A neighbor from another floor shows up to ask the director to take care of her dog Micky while she goes out. He initially agrees but gives the dog back before the girl is out the door because it scares his iguana. In the final act of the movie, Panahi takes an elevator ride with a college student who takes out everyone's garbage. In a bright moment of comic unity, they end up on the girl's floor and she tries to inflict Micky on the student, who proves even more reluctant than Panahi to deal with the animal. At last they reach the ground floor and go into the courtyard, the student cautioning Panahi not to venture out with his camera. As we'd seen earlier from the balcony, this is "Fireworks Wednesday," a periodic show of dissent denounced on the news that day as having no religious basis. It's almost too perfect a visual summation of the life of the street and the vein of protest from which Panahi has been isolated. At the same time the spontaneous moments of comedy he captures tie in to his reflections (illustrated by an American DVD of Crimson Gold, among others) on the virtues of casting amateur actors in his movies. 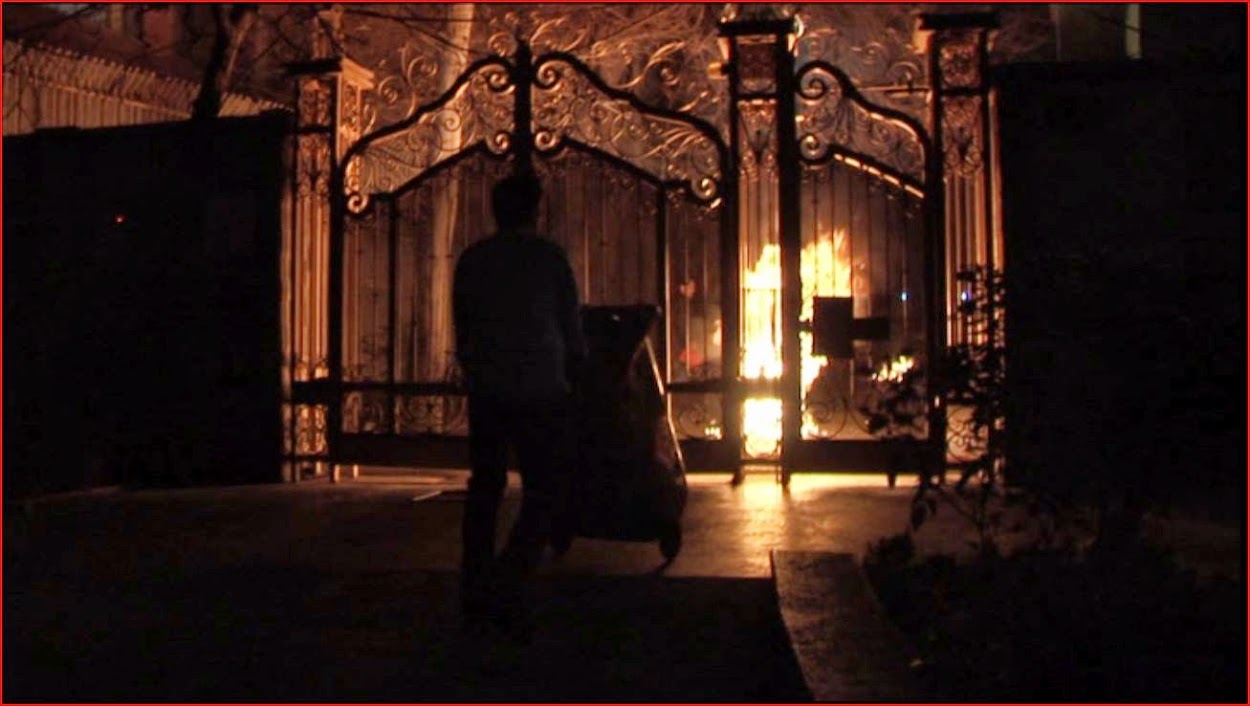 Since then, it turns out, Panahi has managed to make another clandestine film that premiered at the 2013 Berlin Film Festival. I don't know whether he's suffered any reprisal for doing this, and one might expect (or at least hope for) an amnesty (should it be in his power) from the new administration of President Rouhani. For the most part, This Is Not a Film is for Panahi fans only, or for people interested as much in Iranian politics as in Iranian cinema. Still, even those who know Panahi only as a kind of martyr, an Iranian counterpart to the Hollywood Ten, may see in it the qualities that make movie fans around the world hope he can make movies without Dada disclaimers in the near future.

Posted by Samuel Wilson at 7:04 PM

Email ThisBlogThis!Share to TwitterShare to FacebookShare to Pinterest
Labels: 2011, Iran