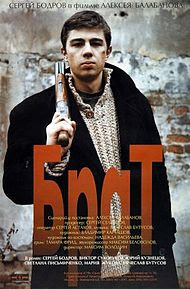 Danila Bagrov is one of Russia's holy fools. The protagonist of Brother, directed by the late Aleksei Balabanov, is a remorseless killer who seems entirely free of malice. I might describe him as an amiable sociopath except for his obvious though not quite overpowering yearning to fit in to his country's pop culture. A veteran of the Chechnyan war -- he tells people he served his tour at headquarters but his skills make you wonder -- Danila's most prized possession as a civilian is his Discman -- his trust is not misplaced, we'll learn -- and his favorite band is the real-life rock act Nautilus. We first meet him blundering onto a music video shoot, and he spends the rest of the movie trying to track down the CD with the song from the video. Balabanov sets us up to see Danila as a dolt, and Sergei Bodrov Jr. looks the part, but there's more to the man than meets the eye, and maybe less in some respects. 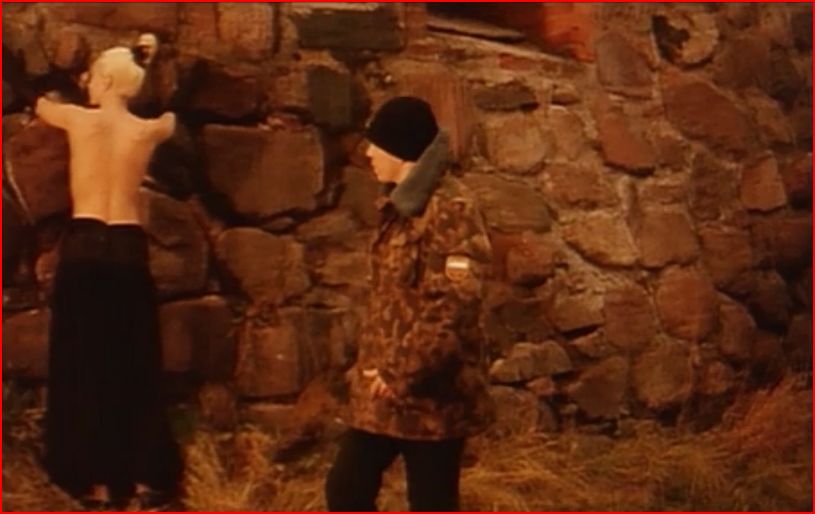 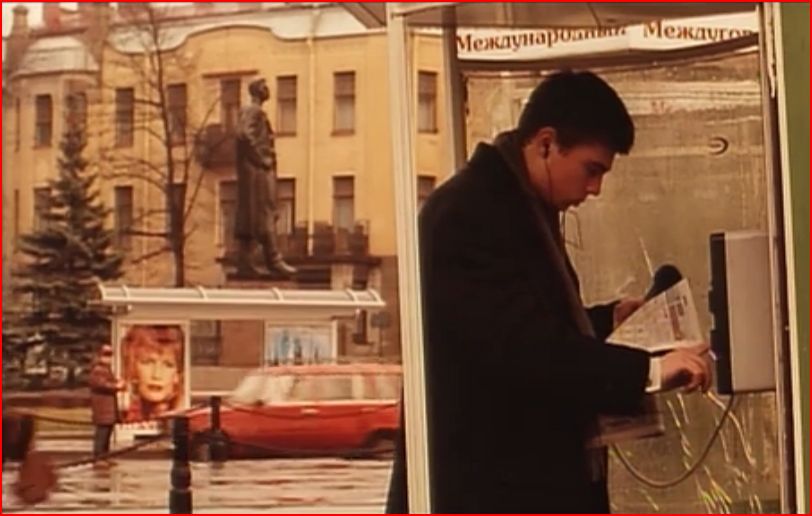 Returning to his mother's home, Danila is urged to move to St. Petersburg, where his brother Viktor has taken their dead father's place as a provider for the family. Viktor (Viktor Sukhorukov) turns out to be a small-time gangster who promptly takes advantage of his brother's military experience. For reasons of caution or cowardice, he gets Danila to do a hit originally assigned to him in a public marketplace. Danila does the job with unquestioning competence but gets wounded escaping the target's goons. His escape vehicle is a symbolically hollow freight tram driven by Sveta (Svetlana Pismichenko), whom he befriends in his almost automatic fashion. 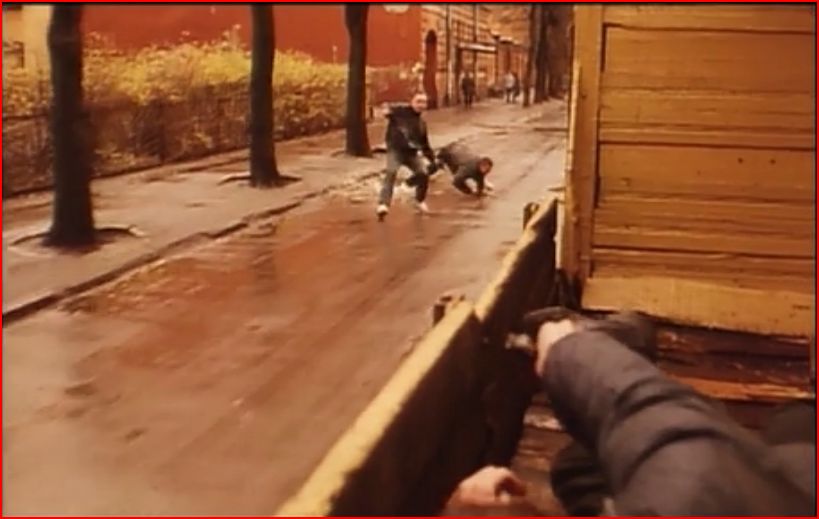 Viktor farms another hit out to his brother, but this one goes wrong as our hero gets distracted by a party going on above the apartment where he and two gangster handlers are to ambush their target. The actual lead singer of Nautilus is among the partygoers and Danila, whose entry was a request for aspirin, sits rapt amongst the musicians and artists before remembering his task downstairs. Remembering that the goons had taken hostage an innocent man who'd stopped at the wrong floor and knocked at the wrong door looking for the party, Danila abruptly kills the goons rather than have them kill a witness. I'd call it a suicidal act if I thought Danila had any consciousness of the potential consequences. He may not, or he simply may not care. 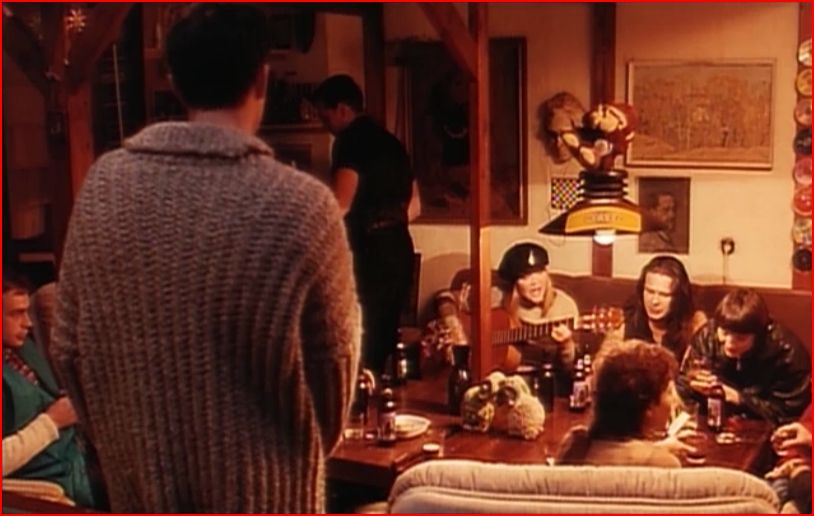 Worse than suicidal, his betrayal of Viktor's boss endangers not just Viktor but anyone who knows Danila in Petersberg. The gang tracks down Sveta and brutalizes her to get information. They invade Viktor's apartment and force him to lure Danila into a deathtrap. But if Danila is a holy fool, he's not that kind of a fool. He gets himself a shotgun (one million rubles!), saws it off, customizes the shot, and goes in guns blazing. But while his brother has proven sort of a Fredo, Danila is no Michael. Viktor cries for mercy and gets it. In a comic close to this storyline, Danila sends his brother home to look after their mother while he seeks his fortune in the wider world. 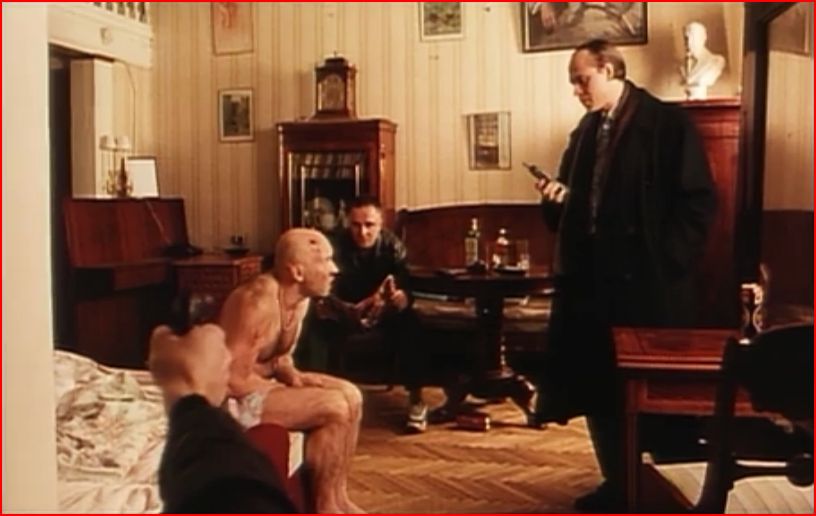 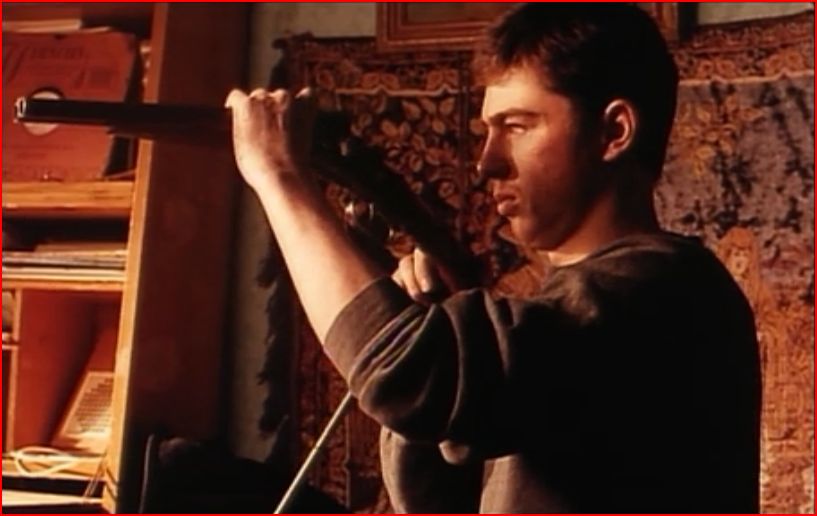 If Danila seems sometimes to live in a bubble, that might be true of everyone else in Brother's Russia. His efforts to connect with people are often rebuffed. People seem reluctant to accept his gifts of money, perhaps thinking there are strings attached. His great romantic gesture of the picture is to rescue Sveta from her abusive husband, but her first reaction when he shoots the man in the leg is to rebuke Sveta and comfort her abuser. The problem may be with Danila himself, however; he gives people things and does things for them, but his self is a virtual void (that he tries to fill with music) with nothing to offer on a personal level. He may have been imagined as a post-communist blank slate, with pop music his substitute for tradition or cultural heritage. He may want to be part of that milieu but he clearly isn't one of them, and he may not be one of anything. Danila is an easygoing embodiment of the anomie that characterized the Yeltsin era for some observers. There's something blackly comic about his adventures but something unsettling as well. Bodrov, son of a director and eventually a director in his own right who died while shooting a movie, has a guileless if not affectless presence that seems just right for the character. He makes Danila a perfect enigma, allowing you to wonder whether there's more than meets the eye or if there's simply no there there. Bodrov and Balabanov reunited for a more broadly comic sequel that takes Danila to the U.S., and on the strength of Brother I owe that film a look someday. 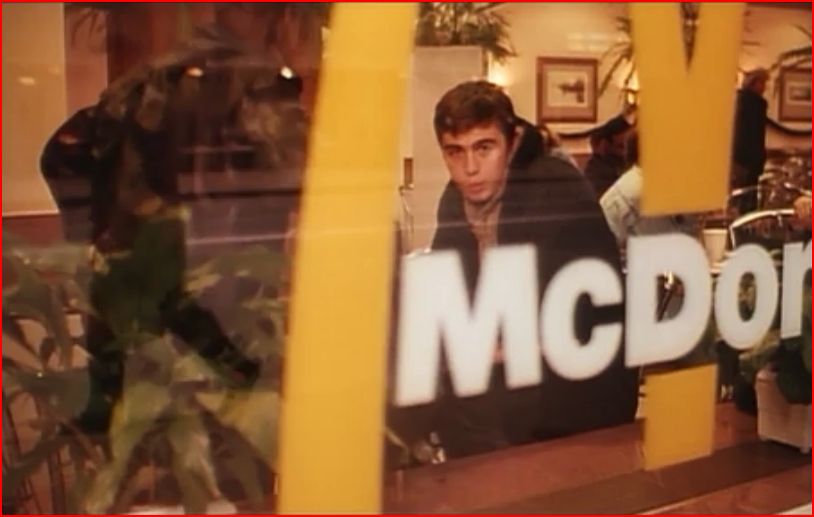 Posted by Samuel Wilson at 7:15 PM