Let's welcome back our defending champions from last week, playing at the Wisconsin in Milwaukee: Marie Dressler and Wallace Beery in Tugboat Annie. 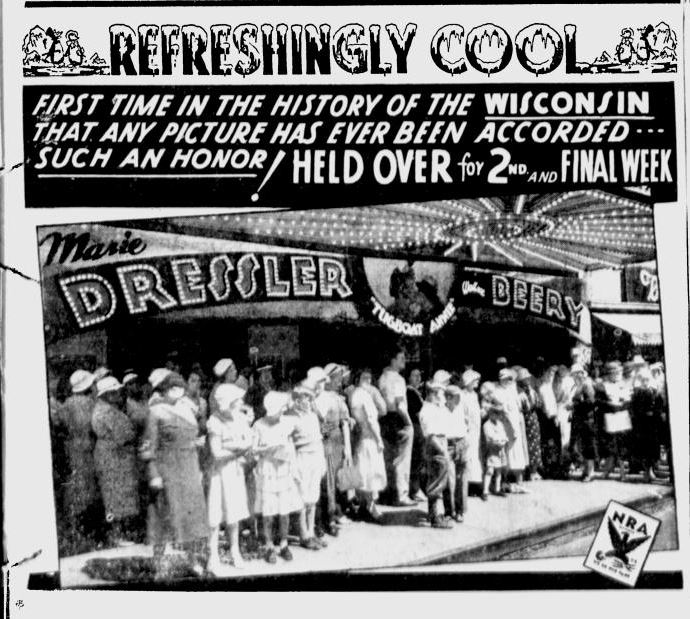 I wasn't kidding when I called Dressler and Beery America's sweethearts last week. Eighty years ago we had Americans who'd pay money to see two lumbering middle-aged types pitch woo or furniture at one another. Other studios clearly had the idea that unglamorous couples were inherently funny. 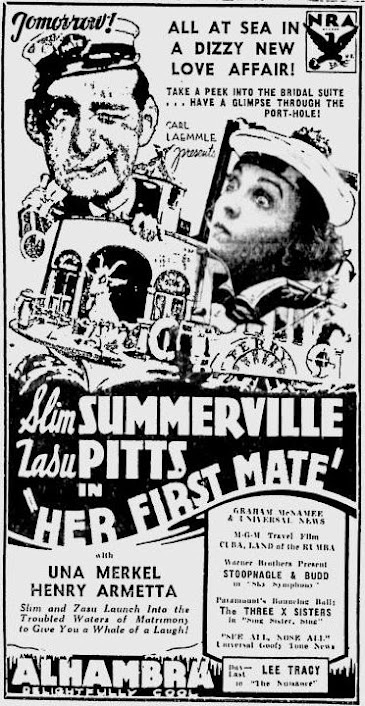 This is the third Summerville-Pitts picture from Universal to hit Milwaukee so far this year, and there'll be another in the fall and two more in 1934.  This one happens to be directed by William Wyler, for what that's worth. This series elevated Summerville out of the short subject department, though he'd also been doing character parts in A pictures for some time, most notably his unlikely turn as a folksy German soldier in All Quiet on the Western Front.

Speaking of World War I: 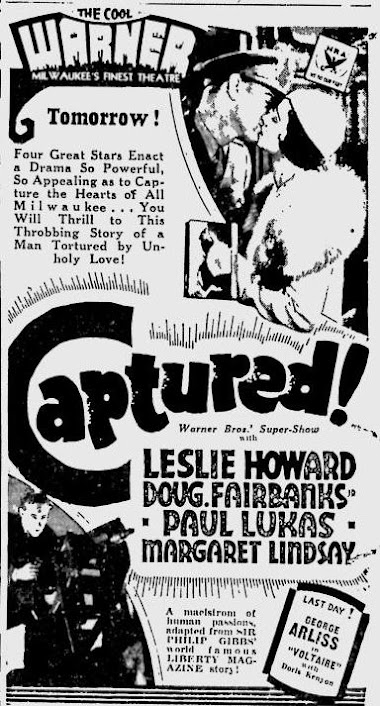 Here's what I thought of this Warner war movie when TCM ran it last year.

Finally, amid the brutality of war and homely people, here's what we call counter programming at the Palace. 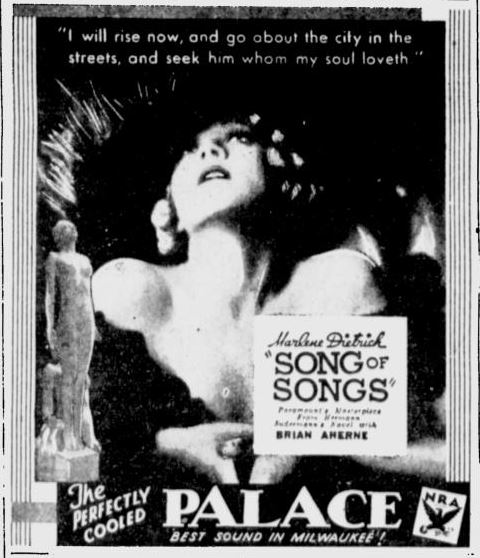 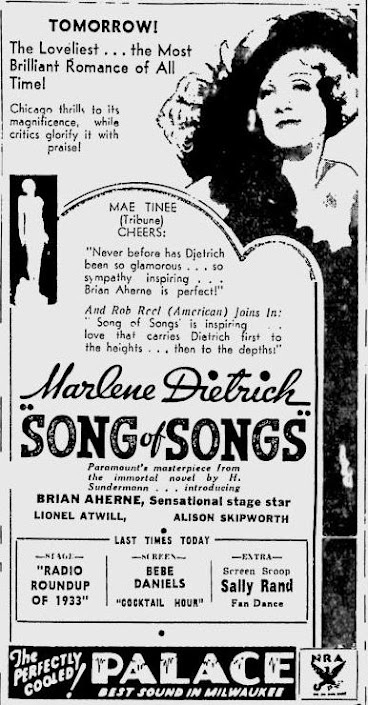 Dietrich gets a vacation from Josef von Sternberg this time, taking her direction from Rouben Mamoulian instead. I haven't seen it, but I think I have it on DVD somewhere. If so, I'll try to watch it this week. Stay tuned!
Posted by Samuel Wilson at 6:16 PM