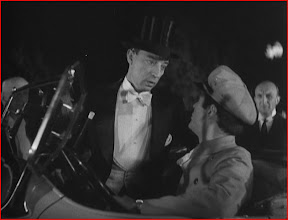 Last weekend I had money to spend, a DVD store to spend it in and some films I was thinking of spending it on. Those thoughts went out the proverbial window when I saw Kino's Lost Keaton collection in the New Arrivals section. This is a collection of the sixteen short subjects Buster Keaton made for Educational Studios from 1934 through 1937 after leaving M-G-M and falling from the ranks of A-class stars. They were the major piece of Keaton's career missing from official DVD status until now, except for the two shorts Kino included in its 2003 Keaton Plus collection. I liked those two enough to want to see the rest.

The Educationals had a bad reputation in Keaton biographies, signifying the depths to which the star had sunk due to alcoholism and mishandling by M-G-M. David McLeod's book The Sound of Buster Keaton signalled a still-critical reappraisal of films that had largely been condemned sight unseen, whose sole saving grace seemed to have been that the shorts Keaton made for Columbia later in the 1930s and into the early 1940s were even worse. A collection of Columbia Keatons already exists with commentary tracks for each short, but Kino would only spring for liner notes by McLeod to accompany the Educationals. With minimal guidance, we're left to judge them for ourselves. 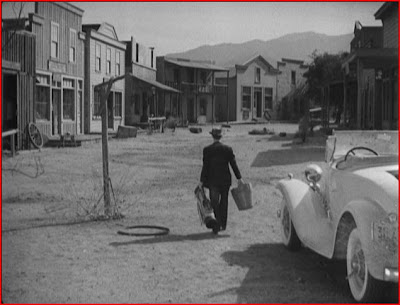 The Gold Ghost, directed by Charles Lamont, is a promising start to the Educational run. It has a little of the feel of Keaton's classic silent shorts. Buster plays one of his stock roles, the insipid young man of wealth. Fearing rejection by his intended bride despite their parents' efforts to arrange a marriage, and resenting the encroachment of a rival suitor, Wally gets into his luxury car, tells his chauffeur "I want to be alone," and drives off. He gets almost all the way across the country before ending up in a Nevada ghost town, a gold-rush settlement abandoned when the vein ran out. It takes him a while to realize the place has been abandoned, but before long he's joined by a friendly gangster on the lam, and before too long the gold rush is back after prospectors make a fresh strike. His girlfriend's father owns one of the mines and brings her to Nevada to reassert their claim, while claim jumpers try to shut out everyone else. It's up to Wally and his gangster pal (after a crisis of conscience) to beat up the bad men and prove our hero's worth to his girl. 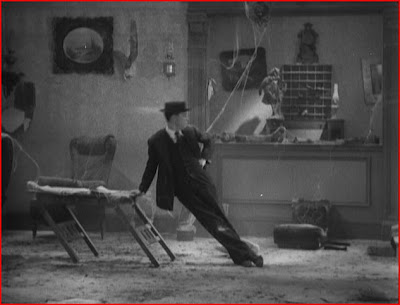 The film's low budget becomes a virtue because it leaves Lamont for much of the picture with just Buster and a ghost town. There's an uncanny quiet to these scenes that suits Keaton as he putters about and discovers just how flimsy the furniture and architecture are. The ghost town set is sizable enough that Lamont can stage sequences of sight gags in single long takes, as when Buster stumbles out of the Waldorf Astoria hotel, only to have the door nearly fall on him. In what might be a homage to Steamboat Bill Jr., he looks up toward the roof only to run away from potential falling objects, almost catching his foot in a loose sidewalk plank. The climactic battle with the claim jumpers is also done in long takes. As Buster and the gangster finish off their enemies, all seems well until a fresh group of attackers jump them. Buster crawls out of the dogpile and saves his beleaguered pal by using some conveniently sized barrels as bowling balls in another long take. The film's best gags work architecturally rather than as choreography. Buster doesn't do anything very spectacular physically, but retains his distinctive presence compared to his M-G-M features. His impassivity in ridiculous circumstances feels right, as when he and the gangster doggedly play gin on a dust-covered table, slamming their cards down and generating little dust storms every time, without comment. 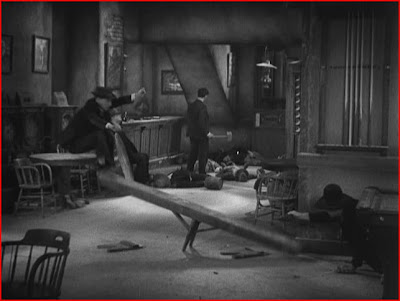 Don't mistake The Gold Ghost for a neglected classic, however. The action often lacks the kinetic elegance of Keaton's best silents, and this 21-minute film feels padded at times, as when Buster encounters some ghosts for no good reason except perhaps to justify the title. Nevertheless, there's something refreshing about this first Educational effort. If Keaton did not have creative control over these shorts, whoever did seemed to appreciate Keaton's genuine style and tried to reproduce it in sound. I don't plan to review every short in the set, but I'll let you know when I find a really good one, and when I'm done I'll attempt to rank them. Films like these arouse a biographical interest as well as an aesthetic interest. The Educational series is supposed to be a sad chapter in a career still on a downhill slide, with Keaton's redemption still nearly a generation away. In the realm of silent comedy, Buster is the Lugosi to Chaplin's (or Harold Lloyd's) Karloff, except that Keaton had the comeback Bela couldn't manage, finally becoming Karloff-like as a beloved icon embodying a whole genre of film. Even Keaton's lesser work can be compelling as an episode in the larger drama of his career -- and if we're lucky, these films will prove to be funny, too.
Posted by Samuel Wilson at 10:30 PM