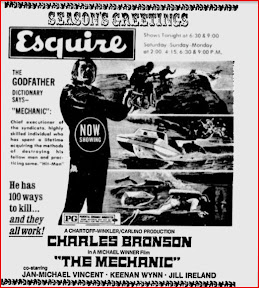 This review is a tale of two movies in one. I don't know how much money Michael Winner's film made in its initial release, but after Death Wish came out and Hollywood realized that Charles Bronson was "the most popular star in the world," someone decided that there was still money to be made from The Mechanic. That someone lacked confidence in the original title, perhaps assuming that people had mistaken it for a car-racing movie the first time around. So the film was reborn under the vaguely chopsocky-ish sobriquet of Killer of Killers, and the DVD includes a trailer under that title. So the film had two lives, enigmatic than exploitative, and those adjectives could well describe the two halves of the actual film. 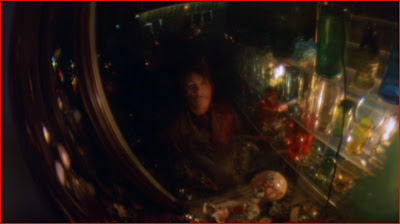 Charles Bronson sees himself through a glass -- a shop window -- darkly in The Mechanic.

The Mechanic first appeared at a time when Bronson was still bigger in Europe than at home, and in some way it seems tailored for a European audience. It's moody, ominous, and patient about getting to the big action scenes. It has that distinctive Seventies feel, that teasing sense that you might get to look at a moral abyss. But it's "the mechanic," the killer of killers, who does the looking for us, and we can feel Bronson flinch. Violence won't make him bat an eye, but in the film's most disquieting scene his would-be protege (Jan-Michael Vincent), the estranged son of a gangster (Keenan Wynn) whom Bronson has just killed, takes him first to a party full of idiot kids whose idea of fun is making crank phone calls, then to his girlfriend's pad. The girlfriend has threatened to kill herself, and Vincent has come to see if she'll follow through on her threat. As Bronson watches with uncomfortable impassiveness, she threatens and Vincent dares until she slits one wrist, then the other. Vincent is unmoved. "If you don't care whether you live or die, why should I?" he asks. She asks Bronson how long she has. He answers as objectively as he can, based on her weight. Time dissolves away. She starts to feel cold and shaky. Will Vincent let her die? He won't, but he won't help her, either. But if she wants to live after all, he offers her car keys so she can drive herself to the ER. She staggers out, and the two men leave a little later. 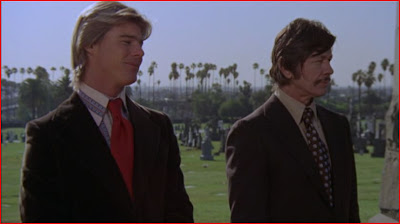 Jan-Michael Vincent goes blithely from his father's funeral to his girlfriend's suicide attempt, with a troubled but taciturn Bronson in tow. 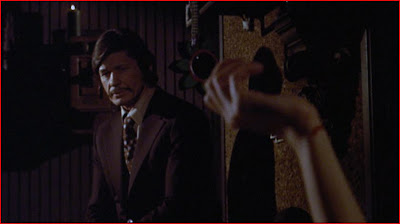 Bronson's character, Arthur Bishop, is an observer by nature. We'd earlier seen him watching an argument between Vincent and Wynn with the same superficial impassivity. However he felt about the spectacle at the girlfriend's house, he felt no visible impulse to rescue her. A certain objectivity may be part of his job as a hitman, but his indifference is a cracking facade. Soon he'll have to be taken to a hospital after suffering a panic attack in an aquarium, apparently brought on by sensory overload. He seems to be breaking under the pressure of being an outlaw who lives by a special set of rules in a world that seems to be abandoning rules altogether. He's also nursing old hurts. You can feel his humiliation when Wynn laughingly recalls an incident when little Arthur nearly drowned, and you sense a vindictive streak when Wilson has to kill Wynn and does so in a way that forces the old man to run for his life to the brink of a heart attack. You're prepared to think of Wilson as a monster until he gets to know Steve McKenna, Vincent's character, better. Steve is a nihilist or a sociopath, contemptuous of his peers and his dead father, interested only in learning about the world of crime and murder from which his dad excluded him. After ample warnings, Wilson takes him under his wing as an apprentice, teaching him that even outlaws have rules. Well, they may have in his day, but Wilson's defensive cynicism is no match for Steve's absolute amorality. Murder, Wilson teaches, is just killing without a license, and everyone kills. He's thinking of the license that governments grant themselves and their soldiers, but Steve understands that Wilson also depends on a license, the one issued by the Mob. That makes him no real outlaw by Steve's lights. Once the student surpasses the master, Steve looks forward to killing only whom he pleases, when he pleases. 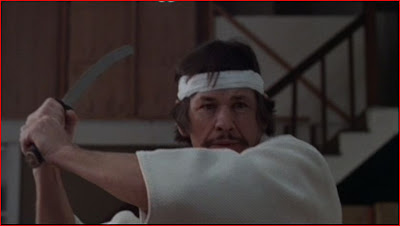 Arthur Wilson tries to see himself as a disciplined warrior whose honor resides in his observance of the rules of his trade. It's his own license to kill, one which Steve McKenna doesn't need.

All of this makes The Mechanic one of the grimmest American action films of the Seventies, and the mood takes you by surprise when you're only expecting a violent formula film. Eventually, however, Winner's movie lived up to my original expectations a little too much. For its last half-hour or so much of its sinister tension dissipates as the director focuses on well-staged but routine chase scenes. The mood's nearly broken entirely by a long motorcycle chase that looks for every excuse to stage a sight gag. 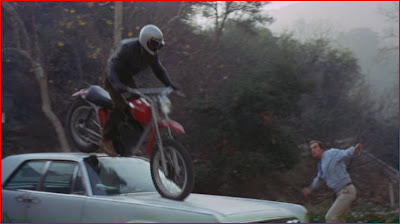 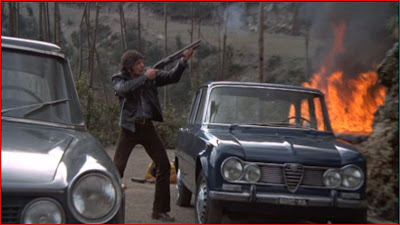 The screenplay by Lewis John Carlino (Crazy Joe, Resurrection, etc.) introduces the inevitable big twist a little too early and a little too implausibly. It seems unlikely after a nearly botched hit on his first outing that the Mob would hire a still-green understudy to take out the master, and the film would have been better off letting us assume that Steve will turn on Wilson and teasing the turn instead of making it obvious. But none of this makes the final act dull, nor does it mar the mood of the great earlier scenes. The first half of The Mechanic deserves a better fulfillment, but the film as a whole deserves a look from any fan of Seventies cinema.

Here's the "Killer of Killers" trailer, deceptively presenting Bronson's character as a vigilante, as uploaded to YouTube by ChopperTCB.

Posted by Samuel Wilson at 8:50 PM

Excellent and comprehensive review of a film that, as you note, starts out with loads of promise but squanders most of it by falling back into genre trappings and languid pacing. It ultimately ends up being a failure, but a notable one for the interesting aspects you've noted here. Nice job!

Get ready to lose your lunch! A remake is currently in production starring...Jason Statham.

The Mechanic many many years ago. You've just about convinced me I need to take another look at it.

I rewatched this recently, hoping for something good from quite a good premise and a good enough cast. A promising start, that turns into a 'thriller' with such deadly uninteresting action scenes.

The remake can only be better, surely.

Thanks for writing, everyone.

The original film's problem is that it abandons its early sense of dread in favor of a too-blatant playing out of the tension between Wilson and Steve. It might have been more consistent in tone had it left the two characters at the end of a successful mission with each worried that the other will destroy him, yet stuck with each other. But that wouldn't have given audiences the easy catharsis they were assumed to want.

As for the remake (due out in December) I'm not sure whether Statham or Ben Foster in the Jan-Michael Vincent role faces the bigger challenge. Statham has played cartoon characters too often, for all intents and purposes, to be easily plausible as a stoic yet unstable Wilson. I haven't seen enough of Foster's work to judge him, but he has to express Steve's cold amorality without turning the character into a mad dog. He'll need the kind of charismatic soullessness that Vincent may have had simply by accident. We'll see.