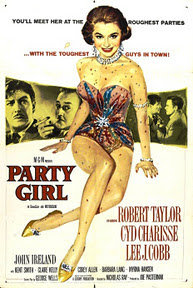 Jean-Luc Godard wrote Nicholas Ray's epitaph while the director was still alive and active when he declared that cinema "is" Nicholas Ray in the pages of Cahiers du Cinema. I sometimes wonder whether Godard's utterance has focused more attention on Ray's work than it really deserves. For laymen, Ray is best known, if people pay attention to credits, as the director of Rebel Without a Cause. Film buffs will name a handful of films they consider on a par with the James Dean film; They Live By Night (Ray's debut); In A Lonely Place; On Dangerous Ground; The Lusty Men; Johnny Guitar; Bigger Than Life. His best films seem to have in common a degree of emotional intensity uncommon in the cool or dull 1950s. But like any Hollywood director of the era Ray did a lot of impersonal work that is distinguished at best by a strong pictorial sense, and he finished his mainstream career directing blockbusters (King of Kings, 55 Days at Peking) that few but the most ardent auteurists took seriously. Turner Classic Movies made Ray their Director of the Month in October 2011 -- they missed the month of his centennial due to their "Summer Under the Stars" gimmick -- and unleashed a fairly comprehensive selection of his output, including his experimental swan song, the unfocused class project movie We Can't Go Home Again. Included in the TCM lineup was Party Girl, an M-G-M period piece that seems designed to emulate the studio's earlier Love Me or Leave Me. In place of that movie's tempestuous match-up of Doris Day's singer and James Cagney's gangster, Ray and writer George Wells give us Cyd Charisse's dancer and Robert Taylor's mob mouthpiece, with Lee J. Cobb thrown in for extra gangsterism. It's part of a growing wave of 1950s nostalgia for the Prohibition era, and in many ways (aside from Charisse's thoroughly modern dance numbers) it's a very old-fashioned film, a throwback not to the hard-boiled fast-talking films of the actual era but to an older melodramatic sensibility.

Charisse is the title female, an overaged but resilient showgirl initially eyed by John Ireland's mob stooge but destined to be arm candy for Tommy Farrell (Taylor), the lawyer for Chicago capo Rico Angelo (Cobb). Rico is Al Capone to a certain extent -- Cobb reenacts the legendary incident in which Capone beats down his guest of honor at a gang conclave -- and to a certain extent "Rico," i.e. Edward G. Robinson's iconic mobster from Little Caesar, right down to referring to himself in the third person. For extra spice, Rico is given a psycho protege (Corey Allen) with a Dutch Schulz career arc, doomed to be destroyed for wanting to whack a special prosecutor. Amid this moral squalor, Farrell's warming feelings for Vicki Gaye inspire a moral reawakening, replacing his accustomed cynical contempt for Rico with deepening indignation. Before, Farrell was self-loathingly corrupt like a character from the world of Wallace Worsley or Tod Browning. Lamed by an accident that mangled his leg, his presumption that society would reject a cripple made him a criminal counselor, taken on by his boyhood hero of the block, Rico "King of the Kids" Angelo. In the archaic fashion of silent melodrama, Wells and Ray make Farrell's moral and physical rehabilitation analogous. Vicki urges Farrell not just to break away from Rico, but to seek out the rare surgery that would let him walk without a cane once more. These changes seem to be necessarily simultaneous, as if a crippled lawyer was destined to be corrupt -- that's what I inferred, at least. Visually, at least, it makes for an interesting contrast between the lame Taylor and the lithe Charisse -- her face may show all her years but that body leaves you wondering why Vicki isn't a star in the Ziegfield Follies. Ray made Party Girl for Joe Pasternak's unit at M-G-M, which usually made full-scale musicals, but Charisse's presence left me wondering what the film would be like if the Freed Unit made it -- imagine Astaire or Gene Kelly starting the film hobbled and gradually gaining full mobility to complement the dancer properly. Imagine Lee J. Cobb singing! -- I bet he would have been game.

Instead, Ray made a Robert Taylor movie. Taylor shares this centennial year with Ray (born two days apart) and Cobb (younger by four months), and he was one of those once-beautiful leading men like Tyrone Power to whom the years were not kind. They didn't become ugly men, but both looked like something had died inside well before each actually and prematurely expired. There's something dour and sour about later Taylor, and whatever charisma he had is just about gone, with none of the hard-boiled zest that his character might have had in a pre-Code movie. He has one really great moment, though, when he turns on Ireland and shouts down the stooge's petty threats with an authoritative burst of rage that actually impresses more than Cobb's stock inventory of bluster. Little is required of Cobb beyond his typecast bombast despite the backstory hints of lifelong friendship between Rico and Farrell and a past as a kind of hero to the downtrodden. For the most part Rico's just a roaring ogre, but without the passion Cobb could give the type in a better film. As for Cyd Charisse, I think she has more dialogue here than in all the previous films combined that I've seen her in, and she handles the role with charismatic competence. She's as much an attraction as Cinemascope in a film whose primary appeal for director and audience was probably visual -- the evocation of a romanticized era of well-dressed rebellion with a melody for older folks grown tired of feeling square in 1958.

The story resolves itself in pulpy fashion as Farrell uses all his oratorical skill to delay his execution by Rico, not to mention Vicki's disfigurement by acid. The climax is a stupidly staged bit of business as a villain winds up to throw the acid, manages to burn his own face, and then manages to stagger across a room and out a window amid machine-gun fire. That finish would have looked corny in the year Party Girl is set in, but one element distinguishes it as a product of the decade it was made in. Recall that the Dutch Schultz counterpart wanted to kill a Thomas Dewey counterpart. That prosecutor, Jeffrey Stewart (Kent Smith) spends the last half of the film maneuvering Farrell into a position in which he'll have no choice but to rat on Rico. Farrell has little respect for Stewart, seeing him as a politically ambitious schemer and just about as ruthless as Rico Angelo. Stewart doesn't deny any of it, telling Farrell that the only difference is that he, Stewart, is on the side of right. After keeping Farrell in jail without a charge, he finally checkmates him by agreeing to let him go unconditionally -- because he, like Farrell, realizes that Rico will assume that Farrell was freed because he'd squealed. Stewart will protect him, and Vicki, only if Farrell talks. Stewart's smug ruthlessness in the cause of right is more reminiscent of the McCarthyite Fifties than the Hooverite Thirties, and Smith's performance makes you wonder if his role was Ray or Wells's mildly critical commentary on the Hollywood inquisition of their own era. Party Girl is, at least, a less heroic account of a squealer than the more famous one in On the Waterfront, even as it affirms that Farrell has done the right thing.

Party Girl is colorful and corny and lovely to look at, but for Nicholas Ray it was a job of work. Apart possibly from the squealer's predicament, there's little personal here -- but then again, personality wasn't necessarily what Godard was writing about when he named Ray cinema incarnate. Without looking through Godard's eyes, I see Ray as a slick craftsman capable of memorable pictorial power. Watch Rebel Without a Cause on a big screen and the point becomes indisputable. I've got some more Rays from October on my DVR to catch up with, and maybe they'll be revelations. For now it should be good enough to say he was a good director who could make a hackneyed story like Party Girl easy on the eye.

For a trailer with lots of unique character-addressing-the-audience footage, follow this link.
Posted by Samuel Wilson at 11:38 PM

Wow Samuel, I'm surprised that you don't view Ray more highly, but perhaps you will find some gems eventually. I think Bigger Than Life, Rebel, and Johnny Guitar are flat out masterpieces, with Bigger Than Life the best of the bunch. I think his deft handling of outcasts and those on the fringe, while also maintaining a "slick" Hollywood front was his coup. He made some of the most subversive films of the 1950's and is an auteur in my opinion and I know many people feel that way. True not all his films strike a chord, but I see the common theme of outcasts running through them all. His sympathetic eye toward homosexual and bisexual themes and actors is also rather fascinating and refreshing today looking back on it. I guess I disagree, but that's okay.

Jon, it's not so much a low opinion but an incomplete viewing record. Bigger Than Life is one of the films on my DVR right now so Ray may look better soon. I think you acknowledge that Ray may be admired more for content than form, but I readily acknowledge his formal strength before dipping into the more substantial stuff (e.g. also Bitter Victory).

I'm not much of a Nicholas Ray fan either I'm afraid. And I hated Rebel Without a Cause.

The only thing I liked about Party Girl was Robert Taylor's performance. In the late 40s and the 50s he did world-weary and defeated extremely well and did a couple of excellent film noirs (such as The Bribe and High Wall).

d., Rebel has too many indelible images for me to dislike it, though I have reservations about James Dean. Taylor definitely gives the best performance in Party Girl but there wasn't much chemistry between him and Charisse.