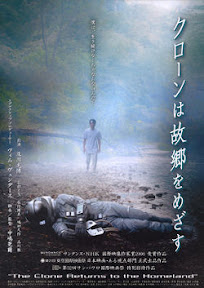 As  Solaris is to 2001: A Space Odyssey, so Kanji Nakajima's film is to Moon. The analogy isn't perfect, I admit. Andrei Tarkovsky's film followed Kubrick's, while The Clone Returns Home (or as it's apparently supposed to be called in English, The Clone Returns to the Homeland) preceded Duncan Jones's film. But just as Solaris favors speculation over spectacle in a slightly inverse proportion to 2001, so Nakajima's approach to the question of cloning and individual identity is more naturalistic, more contemplative than Moon's still-admirable approach to the subject. Clone looks more like a Tarkovsky film: more drab and damp but too carefully composed to be simply ugly and all the more moving, probably, for its mundane milieu. It aims at an emotional effect that isn't really on Moon's agenda, and despite the similar subject matter, the two films are really an apple and an orange in the fruit basket of cinematic science fiction. 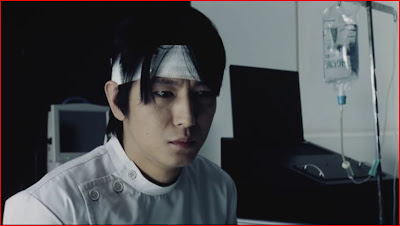 Mitsuhiro Oikawa stars as three iterations of astronaut Kohei Takahara, who has agreed to make his genome, including his memories, available for download in clone form should he die on a mission. Part of his motivation is his promise to his mother not to predecease her. He leaves her gravely ill on his final mission but clearly hopes that, in the worst case, she'll see him before she passes. The idea of cloning himself probably doesn't bug him as much as it might other people because Kohei was a twin, though that may be a special reason of its own for cloning to bug him. He has twin issues that are revealed in flashback: as a boy he wandered too far into a river and was carried away. His twin, Noburo, dives in to save him. Kohei manages to rescue himself, suffering only a nasty laceration that leaves a scar on his hand, but Noburo drowns. 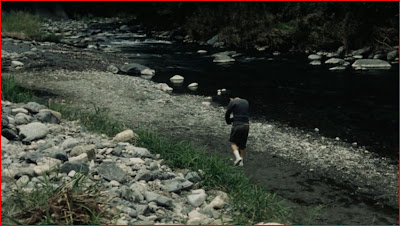 Upon Kohei's demise his employers initiate the cloning procedure, though they first need permission from his wife. Hiromi Nagasaku has a powerful scene as she learns of the cloning and is told that the company will not extend condolences to her, but wants her to accept the clone as her husband. If not, she's told, she will receive the company's condolences, and she'll have nothing left of the man she loved. As in the entire picture, the company insists on the compassionate nature of its experimentation, but with a repellant coldness that convinces you that nothing good can come of it.

Kohei II wakes up in a state of arrested development, mired in childhood guilt and confusion over Noburo's death and his mother's absence and failing to recognize his wife. He manages to run away from the company facility, but the executive isn't too troubled. That's because Kohei II was never meant to be more than a short-term test clone, to be improved on with the next try with the help of a disgraced and perhaps mad scientist who had illegally cloned his own daughter in the past. The company's main concern is to capture Kohei II and eliminate all trace of him. Meanwhile, the clone heads for his childhood home and stumbles into a kind of half-dreamscape where he discovers a body in a spacesuit. He may think it's his long-lost twin, or he may dimly realize that the suit represents his original self. Whatever the case, he picks up the suit/body and carries it around until he reaches a farm where he can stay overnight. Now the suit seems real: the farmer sees it, but to him it's empty. Later, a junkman snatches the suit from Kohei II, leaving the clone to wander alone. Except that he wakes up the following morning with the suit beside him again. Despite his failing strength, he resumes his burden until he collapses and the suit collapses beside him. Then the suit gets up and picks up the clone....
Enter Kohei III, who seems better adjusted, does not carry the original's childhood scar, and remembers his wife but feels that something is missing or wrong. The mad scientist blames this on the fact, which he reveals to III, that he's a second clone. According to the scientist's own theory, only the first clone can act as a medium between the dead and the living. Learning of Kohei II, and assumed to be the only person who might know where he's going, III sets out in search of him. What he finds will lead to an awakening and a transformation that may belie the scientist's skepticism, as he does what Kohei II could not -- face a twin in the more-or-less real world.... 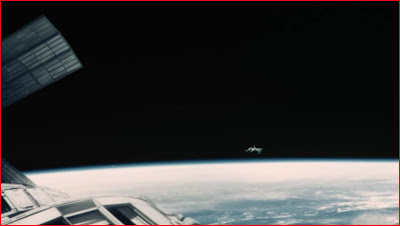 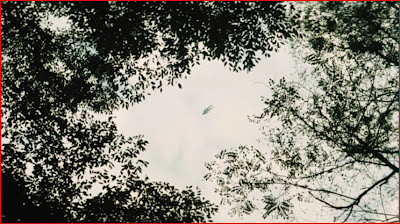 Apart from a handful of well-composed space shots, The Clone Returns Home is an earthbound film that has to work on the level of ideas and through the strength of its acting. The ideas get a little unearthly with the mysterious spacesuit and a more mysterious physical change at the very end, but the core ideas of the cloning dilemma and the consequences of traumatic memories remain compelling, and Oikawa gives a riveting three-stage performance with able support. Apart from Nagasaku's eloquent breakdown this is a quiet, unhistrionic ensemble, and the overall understatement enhances the plausibility of the film's day-after-tomorrow storyline. Like Moon, Clone is a welcome alternative to space opera in sci-fi, though it'd be a tougher sell, even had it been dubbed, because there's even less action than in Jones's film. But science fiction has always been more than action, though movies often have difficulty admitting that. As a work of humane speculation, Clone is an admirable addition to the cinematic sci-fi canon.
Posted by Samuel Wilson at 12:13 AM