EVEN THE WIND IS AFRAID (Hasta el viento tiene miedo, 1968) How many movies are available for free online? By now it's probably impossible to get an accurate count as new stuff appears constantly. Every so often I get curious, so I do a Google Video Search for stuff 20 minutes or longer. Sometimes I'll check by year, sometimes by genre, sometimes by an artist's name, and so on. The other day I did a "1968" search just for the heck of it and got a lot of results. There's quite a bit of eastern European stuff to be seen, with English subtitles, as well as some Bollywood, Shaw Bros., etc. We must be close enough to Halloween now that I was interested in seeing a horror film, and Google pointed me toward Carlos Enrique Taboada's film, which one "EddietheArsehead" has uploaded to YouTube with enhanced fan-generated subtitles. Eddie bills Hasta el viento tiene miedo as "perhaps the best traditional ghost story ever filmed."  That was a gauntlet thrown to the floor. I don't claim to be a specialist of even a particular fan of ghost movies, but that big a claim for a movie I'd never heard of, or didn't remember reading about, basically dared me to watch the film. I wouldn't call it the best of anything, but it does have its virtues and its attractions. 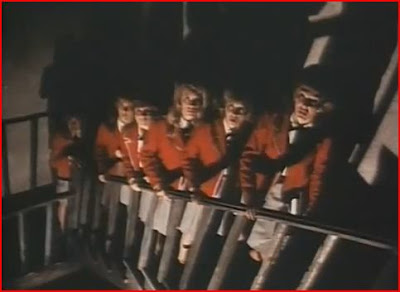 Even the Wind is set at a girl's school where you can tell the students apart by their hair and their basic character traits. Our led student is Claudia (Alicia Bonet, who plays the character's mother in a 2007 remake), who opens the film with a nightmare in which she discovers a hanging woman, the dead one's feet hanging just above eye level. Claudia becomes convinced that, in her dream, she had been inside a locked tower on the campus -- which she and her cronies (and the class tattletale Josefina) now find unlocked. The girls explore up the stairs but are discovered by their headmistress Miss Bernarda, aka "La Bruja." For trespassing, Claudia and her friends are forced to remain on campus over the holiday break. 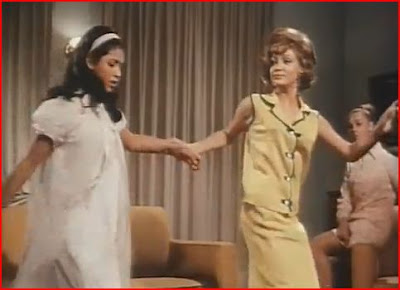 Stuck together with La Bruja and her more sensitive subordinate, Miss Lucia, the girls get on each other's nerves. One of the girls breaks into the tower to recover a confiscated snapshot of her boyfriend (Another opines, "I wouldn't go in there for a photo of Tony Curtis!") and finds a picture of a past student -- whom Claudia recognizes as the girl she's seen in her dreams. The girl in the picture is Andrea Ferran, who hung herself when La Bruja confined her to campus over the holidays and her mother died in the meantime. Tensions among the girls stretch near to snapping, and Josefina bears the brunt of it, getting forced to dance with the exhibitionist Kitty and then stripped to her scanties. Kitty gets out of control as girls in Mexican horror films will do, and embarks upon a striptease, which the other girls watch with mounting horror, as if Kitty herself were a ghost. But it's not that bad, until  Kitty herself sees a ghost -- Andrea, through the window -- and the others see it, too. 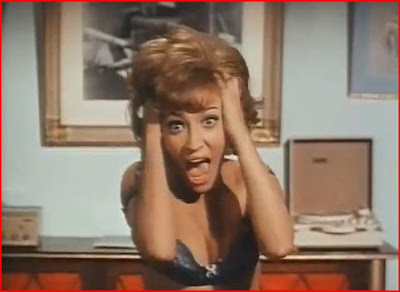 I don't know about the wind, but she looks scared.

Determined to get to the bottom, or top, of the haunting, Claudia returns to the tower, and in a shocking development falls to her death after seeing the hanging Andrea while awake. It's a bold, Psycho-like move by the director to eliminate the main character of the story just past the halfway point -- except that Claudia gets better, hours later, after she's been put on a slab under a sheet. It's a miracle, but Claudia has come back changed. She's smarter, showing off extensive and surprising knowledge of the Romantic movement in European literature. She suddenly has enhanced abilities on the piano, when she'd been an indifferent musician before. Of course, Lucia had already told us that Andrea Ferran was smart as a whip, with an excellent memory, and a brilliant pianist. So you see what's going on here -- partly. As someone says, "You never know what the dead want," but Taboada has given us enough information to enable an educated guess. But if we're dealing with Andrea, not Claudia, what'll happen to Claudia when Andrea will get what she wants -- revenge, that is? 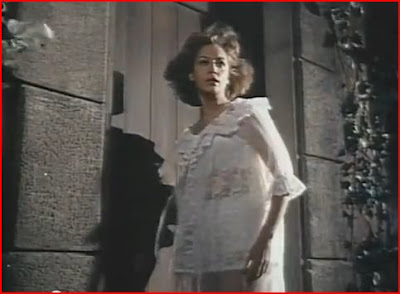 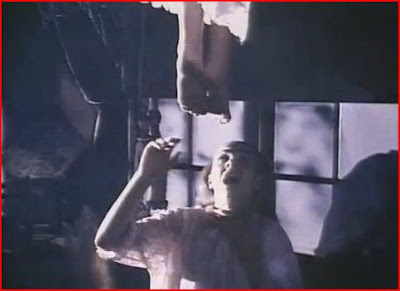 There's an irrepressible tackiness to Mexican horror in color from the Sixties, and that makes Even the Wind too garish to be gothic much of the time. But Taboada does work up some authentic chills, especially when he gets the girls out of their over-bright, over-colorful dorms and into the night, often in their nightgowns. Then it's gothic all the way, with gusto. The ending is a bit flat, simply because the circumstances of Andrea Ferran's death aren't really the stuff to inspire epic vengeance. It's not as if the headmistress, Bruja or not, actually killed Andrea's mother or Andrea herself. But I suppose we had better not question ghosts when they're in a temper. But if the film suffers from ghostly pettiness, it gets by with a naively exploitative charm. The students are fun to watch and Kitty's striptease of terror is definitely a camp highlight. Watch the film in the right frame of mind and you may not think as much of it as EddietheArsehead does, but you may want to thank him for making ninety minutes of innocent spooky fun available online. Check it out and judge for yourselves.

That one shot of the kids on the staircase has a sort of CHILDREN OF THE DAMNED vibe going. I much prefer my Mexi-horror in B/W. Watching them in color is like watching one of the color seasons of the Andy Griffith Show. It just isn't the same.

I really like this movie. It did get a DVD release that was distributed in the US to Spanish speaking markets, but without English subtitles, which is what I have. I just had to summon my high school Spanish to sorta follow what was going on.

This is an amazing movie. A Classic in Mexican Horror. Check out "El Libro De Piedra" (The Book of Stone), it's very creepy and beautifully shot.

venom, Andy Griffith isn't my typical frame of reference, but I get your point.

Thomas,it's a very likable movie, whether it's very good or not. A Spanish-language DVD is no surprise,given that the film was popular enough to be remade.

raculfright, I belive that Book of Stone is available on the same YouTube channel, so I'll have to check it out on your recommendation.