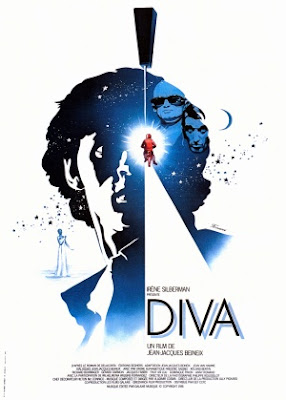 It's hard now, after more than thirty years, to see exactly what was new about Jean-Jacques Beineix's feature-film debut. It was treated as a new thing when it first played in the U.S., and I guess it was a phenomenon in France as well. I suppose it seemed to augur a new "New Wave" of cinema to supplant the generation of Godard, Truffaut, et al. It also seemed to tie into a larger cultural New Wave mostly defined by its music, although Diva itself is largely concerned with classical music. The American poster art made a lot of Dominique Pinon's runty punk gangster, making him a sort of new-wave icon for a moment. Now the stonefaced Pinon looks like a junior Terminator as he menaces kids in an arcade, and no one moment in the picture does so much to date it. For the French at least, Diva may be the first true Eighties film, and that may be true globally as well. Since many people regard the cinematic Seventies as a golden age, that reputation may do Diva no favors. But apart from Pinon's dated look the film may be more in than of the Eighties. Its continuities with cinematic tradition, both French and foreign, are more apparent now. 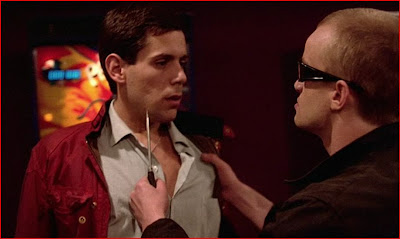 Some of the homages must have been obvious from the beginning, particularly the shot of a subway grate blowing a woman's skirt up Monroe-style. But the barefoot flight of a doomed prostitute earlier in the picture seems as much a nod to Kiss Me Deadly as the skirt bit is to The Seven Year Itch. As for the film as a whole, Beineix strikes me as a cross between Jean-Pierre Melville and Jean Rollin. There is a cool yet thrilled approach to crime combined with an obsessive attention to aesthetic detail and a genre sensibility bordering on the gothic. 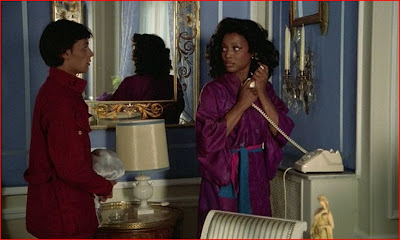 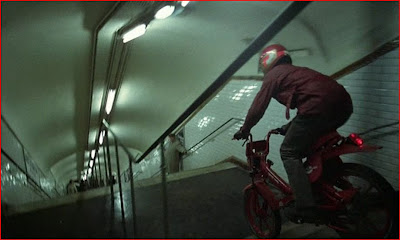 The story is pulp simple. Jules (Frederic Andrei) has snuck recording equipment into a concert by his idol, the American soprano Cynthia Hawkins (real-life soprano Wilhelmenia Fernandez). This clandestine tape has huge potential value since Hawkins, eccentric in the manner expected from the film's title, has refused to make recordings, not wanting to sing without an audience. In a classic mix-up, Jules ends up carrying another coveted cassette, the recorded confession of the aforementioned doomed prostitute, implicating a high-ranking cop in human trafficking, dumped by her randomly in Jules's bike pack during her last run. Jules knows not what he carries at first, but before long Pinon and his partner in crime are after him, as are the cops who were tracking the prostitute. Jules escapes the latter in the film's most famous scene by riding his moped through a Metro station, and barely evades the former in the arcade despite taking a bullet in the chase leading to the game parlor. Fortunately, he has some eccentric, wealthy and clever artist friends to help him out of his plight.... 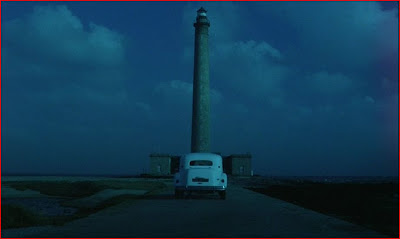 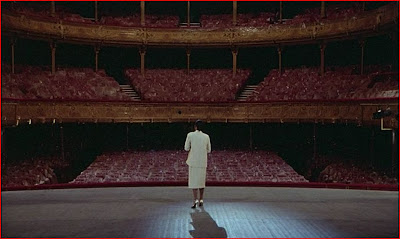 Beineix has an eye for the eye-catching image, augmented by the cinematography of Philippe Rousselot. It's sometimes arty, sometimes simply captivated by art. The camera will linger on certain objets d'art for no possible dramatic reason, but arguably for thematic balance. If anything distinguishes Diva today, it is the insistent balance Beineix strikes, against the likely expectations of a thriller audience, between the demands of crime and the demands of art. Jules's accidental entanglement in a criminal case is never more than a distraction from his obsession with Cynthia Hawkins and his ultimately innocent desire to present the recording to her as a tribute. That transcendent thread makes his Paris almost a fantasy world, however dangerous. As I said, Melville + Rollin = Beineix, or at least Diva. There's really more Rollin in it, I think, but there's still just enough of the French crime tradition to give the film a needed edge. It may be dated in some ways, and may be stuck in a rut of cinematic history, but despite its Eighties origins Diva retains a certain timeless charm today.
Posted by Samuel Wilson at 10:14 PM

I definitely see the Melville. Especially Le Samourai. I used to rent this movie every week at the video store on 2 for 1 Tuesday. I've seen it two times since I bought it on DVD.

Even at the time it was difficult to see what was supposed to be new about it. It's lightweight stylish fun, but I could never see why people got so excited about it.

KC, I see Rollin as the most likely precedent to the artsy weirdness for its own sake that occasionally emerges in Diva. D, I guess we'd have to immerse ourselves in late-1970s French cinema to appreciate the novelty of Diva. Seems to have been a revolt against realism -- like Star Wars, perhaps???

Samuel, any revolt against realism will always have my support! Maybe it was also a reaction to the heavy-handed political films that people like Godard started to make in the mid-60s.