I guess The Seventh Commandment really is the most popular movie in Milwaukee. It's staying at the Garden for a third week while 42nd Street gives up its spot at the Warner after two. Given that the Warner seems to have twice the seating capacity of the Garden, however, Commandment will have to make it through a fifth week for more people to have seen that than the Warner musical.

Taking the musical's place is a film that passed by just recently in the Pre-Code Parade. 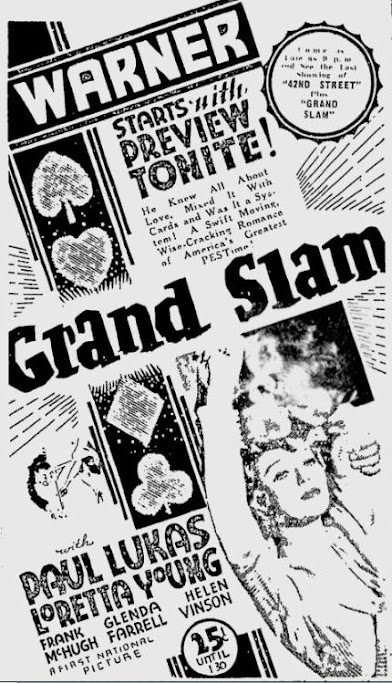 As a reminder, here's what I wrote about this charming satire of a 1930s bridge craze. 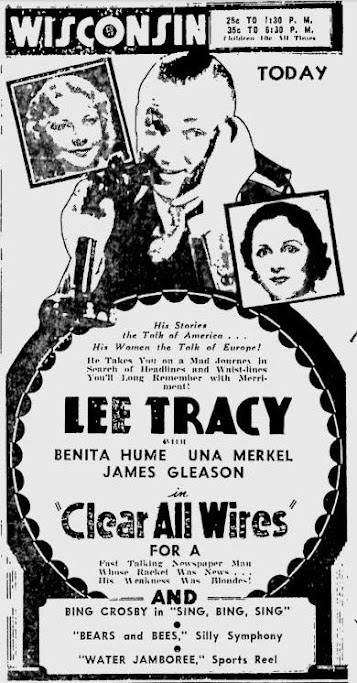 I've seen this one, too, and here's my review.

The next one I haven't seen, though I read about it in the Medveds' Hollywood Hall of Shame long ago. 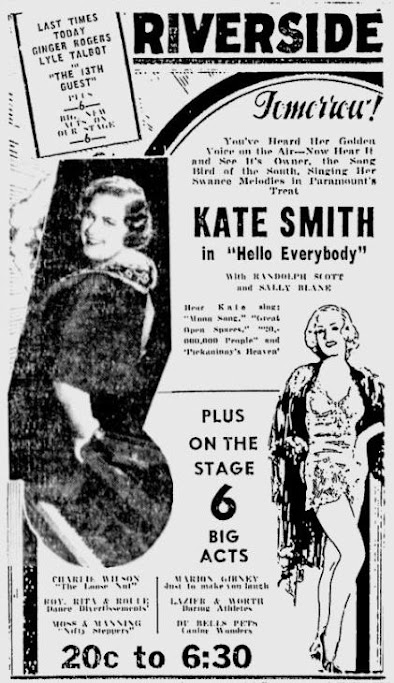 The Medved book was rather unfair and mean-spirited toward a lot of movies and moviemakers, but no one's ever been in a hurry to rehabilitate this attempt to convert Kate Smith from radio to movie star. Part of the problem is the film's most notorious song, "Pickaninny's Heaven." It can be viewed on YouTube, but since I'm not allowed to embed it here, I refer you to the webpage with a reminder that you've been warned.
Posted by Samuel Wilson at 9:53 PM

Email ThisBlogThis!Share to TwitterShare to FacebookShare to Pinterest
Labels: 1933, pre-Code