Franklin D. Roosevelt was inaugurated into the Presidency on March 4, 1933. His campaign had promised a New Deal for the American people. To coincide with the arrival of that New Deal, Warner Bros. promoted its latest picture (though not in Milwaukee, as you'll see) as "A New Deal in Entertainment." That was truth in advertising.

42nd Street is one of the 1933 pictures that needs no introduction and lives up to its historic reputation. But as it happens, a Milwaukee vaudeville theater was touting its new programming policy as a "New Deal," so promoting this movie that way would have been redundant. Here's what a local reviewer thought of the picture.

The Warner Bros. aren't alone in desiring a new deal in entertainment, but what that might mean depends on who's talking.

On that note, let's retreat to our fantasies on the big screen again. 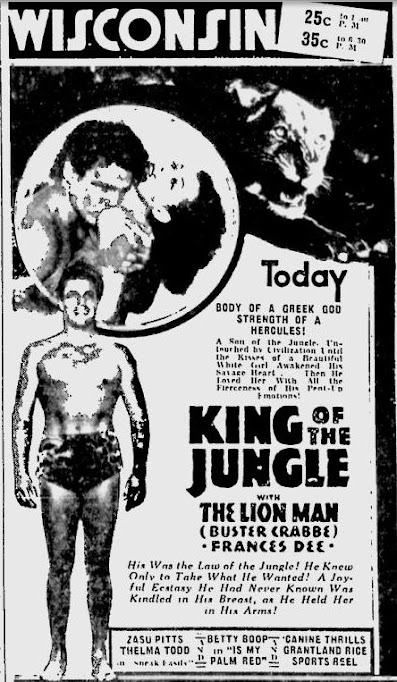 Buster Crabbe, the future Flash Gordon, is billed here as The Lion Man as an echo of Kathleen Burke's billing as The Panther Woman in the recent Island of Lost Souls. This picture is not to be confused with the Tarzan the Fearless serial Crabbe did at the same time -- a performance that makes Johnny Weissmuller's Tarzan look like a Rhodes Scholar. 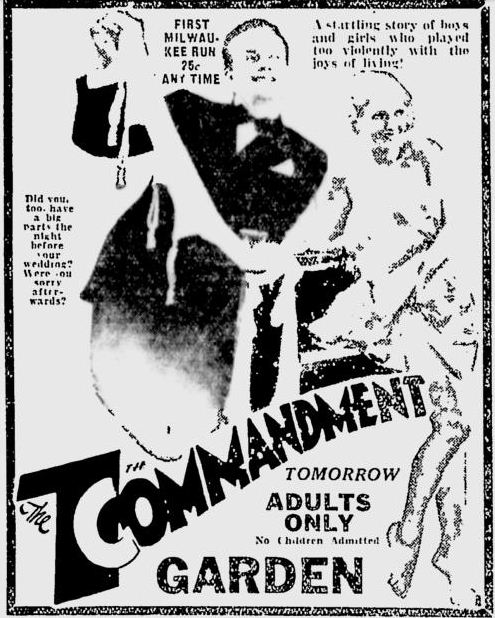 This epic has no relation beyond the title to the 1961 weird-noir classic I reviewed a few months ago. Instead, a country boy contracts syphilis in the big city and brings it home to share with his childhood sweetheart.  Aint love grand???