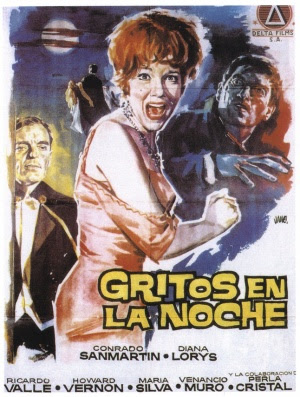 Fifty years on, I'm sure I'm not the first observer to ask what the point is of having a minion do your kidnapping for you when you have to go with him on his errands. Why have a minion if he can't take care of business while you do your all-important experimentation in the comfort of your own lair? Instead, Dr. Orloff (Howard Vernon) has to hang around outside the homes of beautiful young so he can guide his minion, Morpho (Ricardo Valle) through the streets by tapping on the cobblestones with his cane. Morpho's very prominent eyes appear to be of no use to him, so how much use can he be for the doctor, who went to the trouble of faking Morpho's death by execution, in his former capacity as a prison doctor, just so Morpho could be his minion? Maybe Orloff fears that the targeted women could beat him up. Yet he's quite capable of slipping one a mickey when it's convenient, but on the other hand he's not observant enough to notice when the victim, having noticed the obvious ploy, doesn't bother drinking the stuff. Most likely Orloff knows his limitations, some of the time. 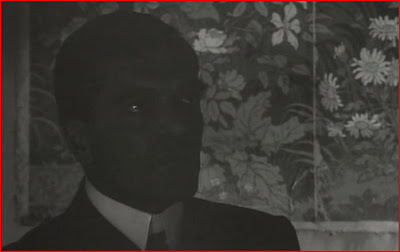 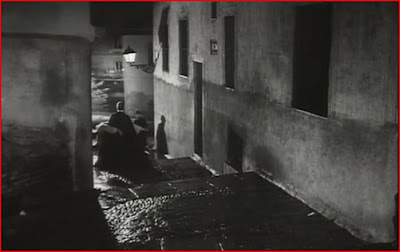 Orloff would become a magic word (as would Morpho) in the universe of Jess Franco, who made his first international success writing and directing Gritos en la noche and would litter many subsequent movies with Orloffs and Morphos the way spaghetti western producers littered the Old West with Djangos. For Franco it was a gimmick and a fetish at the same time; that's why exploitation cinema fascinates us. With The Awful Dr. Orloff (so named, I presume, for its U.S. pairing with The Horrible Dr. Hitchcock) Franco aspires to place his personal stamp on familiar archetypes. The basic story is old news but also very recent. Orloff needs to experiment on his lovely young victims to cure his disfigured daughter. It had to take tremendous self-confidence in one's own personal vision to tell such a story so soon after Georges Franju had told it in Eyes Without a Face (1959) and Giorgio Ferroni had in Mill of the Stone Women (1960). The idea goes back further, of course, at least as far as Wallace Fox's The Corpse Vanishes (1942), though in that Monogram epic Bela Lugosi -- whose contemptuous attitude toward minions is echoed in Orloff's treatment of Morpho -- is trying to cure his wife rather than his daughter. So the idea is nothing new, and it was up to Franco to make it fresh. 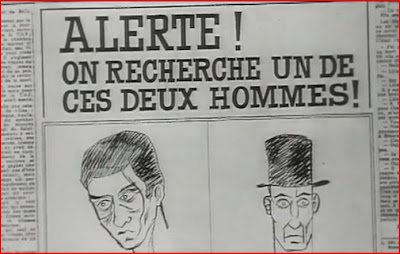 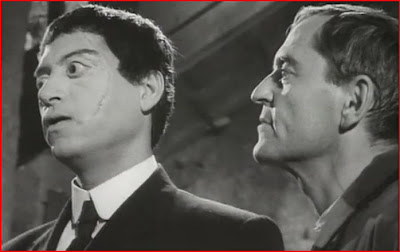 While Franco benefits from the black-and-white cinematography of Godofredo Pacheco, it's the music he uses that really distinguishes Orloff from the field. Despite the Belle Epoque setting, the score by Jose Pagan and Antonio Ramirez Angel is discordantly modern and eclectic, heavy on percussion but also haunted with weird whistling effects. It would make you take notice even if Franco wasn't doing his job. His own special contribution, I suppose, is a modern infusion of fetishism and just plain sleaze. For those countries that would tolerate them, he includes a handful of topless shots of captive women. Scenes of women chained and behind bars are the most obvious signs (apart from the villain names) that this otherwise antique-looking item is a Jess Franco film. He may not truly have come into his own until he began working regularly in color, but his personal touch is already present here. 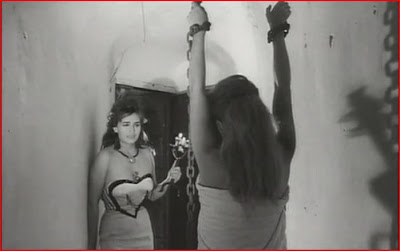 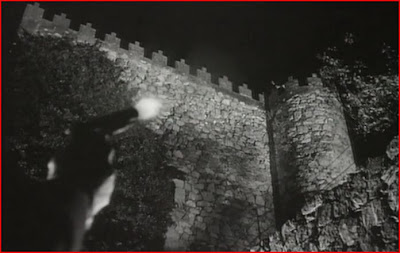 Typical of Franco also, I suppose, is the transcendence of hackneyed plotting by evocative imagery. As in many future films, Orloff takes place in a world of idiot cops and reporters. Conversations at police headquarters are often the low points of Franco films, and Orloff sets the tone by giving us a dense hero in Inspector Tanner (Conrado San Martin). Franco milks the final reel for suspense by highlighting Tanner's stupidity. His girlfriend (Diana Lorys) has set herself up as bait for the kidnapper/killer, seen through Orloff's attempt to slip her a mickey, and pretended to pass out so she can be taken to his lair. She has hastily written Tanner a note explaining her ploy and sent a messenger to deliver it. To Franco's credit, he gives Tanner a reason to ignore the note. All through the picture, idiots and crazy people have been plaguing him with false clues and fake confessions. When a messenger hands him the note without saying who it's from, he assumes it's another crank at work. It's not until he's about to go to bed that night that he bothers reading it and finally rushes to the rescue. Fortunately the girl is not so competent that Tanner has nothing to do. In the end the damsel has to be in distress; that's part of the ritual. You could call this mockery of stupid authority figures or just stupid writing. But there's something undeniably compelling about the imagery, even if little is original in it. Like his peers (Jean Rollin, Paul Naschy and his collaborators) Franco understood the captivating power of gothic imagery and animating gothic ideas, obviously being captivated by them himself. Even the absurd Morpho, who looks like a hybrid of Christopher Lee's Dracula and his Frankenstein Monster, plus fake eyeballs, is indisputably compelling. You can't take your eyes off him, even if only because you keep expecting the actor to crash into furniture or trip and fall. He's creepy in the old manner of the dehumanized horrors of such films as White Zombie or Island of Lost Souls. His handicaps make him ludicrous as a minion, but something like him needs to be in such a film. And this sort of story has already been done so many times that what once may have been dismissed as mere mechanical or mercenary reproduction arguably acquires an unconscious compulsive logic. For a Franco fan, especially, Orloff can seem like a film that has to exist, or can't help existing. For a more objective auteurist, the film's true subject may be the need, simultaneously commercial and psychological, to tell the story, or our need to have the story told over again.

Postscript: Jess Franco has died at age 82 following a stroke suffered last week. Follow this link for this blog's reviews of Franco films, with more likely to come in the near future.
Posted by Samuel Wilson at 10:49 PM

Excellent post/review. This was,as I suppose for many people my "first Franco" (not counting that big box Wizard stuff I rented in the 80's). Hopefully we'll get a blu-ray one day. Plus, good thoughts for Jess who is in the hospital after a reported stroke.

Even though it's such an early movie it's already clearly a Jess Franco movie. Great review.

Awesome review, duder. I'm interested in what'll you say about Dr. Orloff's Monster (which I like even more than this one) when/if you get to it.

Samuel....I recorded this one on TCM and will be seeing it soon. I had never heard of it before. So when I saw it on the schedule it looked interesting. I'm sometimes hit and miss with exploitation cinema, but it certainly looks like it's worth a look.

I've just seen word that Franco has passed away. It's a huge loss for cult cinema, and my review of Orloff probably won't be my last word on the director and his peculiar legacy. Thanks for writing, everyone.

Yes the eclectic and discordant score works wonders in this superbly shot film that remains one of this uneven director's finest works.