Two films from last week are held over for a second week in Milwaukee, each claiming to be the biggest hit in the city. Let's look at the numbers, starting with "the big hit of Milwaukee." 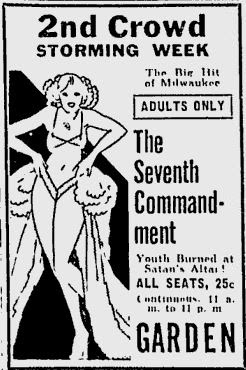 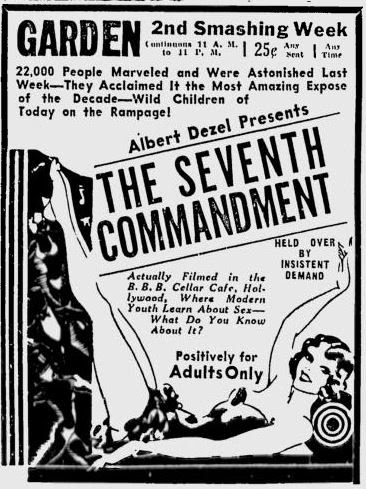 But who is the Garden kidding with their feeble 22,000? For all I know it might have been all the theater could hold, but they could fill the place for an entire second week and still not equal the one-week take claimed by the Warner. 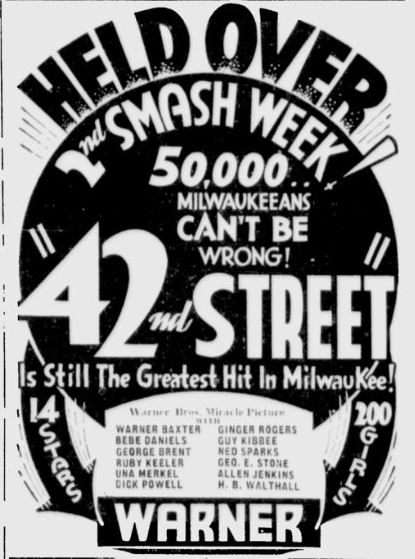 In any event, films don't get held over too often in 1933, so both shows can take a bow.

Now for a history lesson. Fans of Buster Keaton know all too well that by the end of his run with Metro-Goldwyn-Mayer he was virtually overshadowed by co-star Jimmy Durante, a comic superficially more suited to talkies with his gravelly voice, his catchphrases and malapropisms. Well, the end is here. What! No Beer? opened in Milwaukee, the city that beer made famous (or something like that) over the weekend, and the newspaper build-up sends a mixed message about the relative standing of the co-stars. 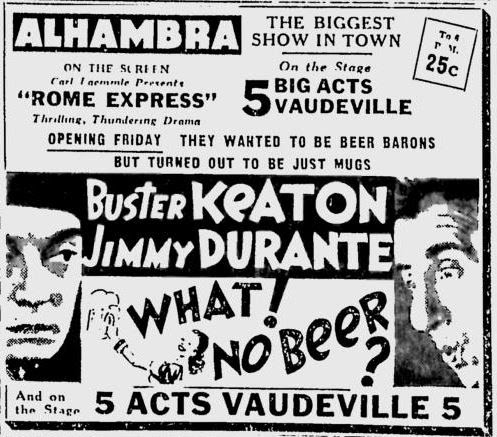 One day later, Durante's on top.﻿ 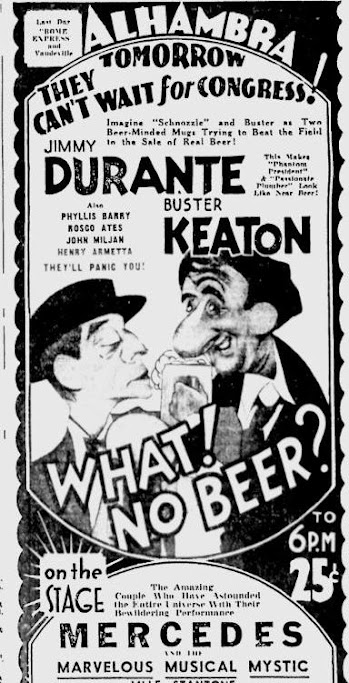 By opening night Keaton's face isn't even in the ads anymore. That's sad. 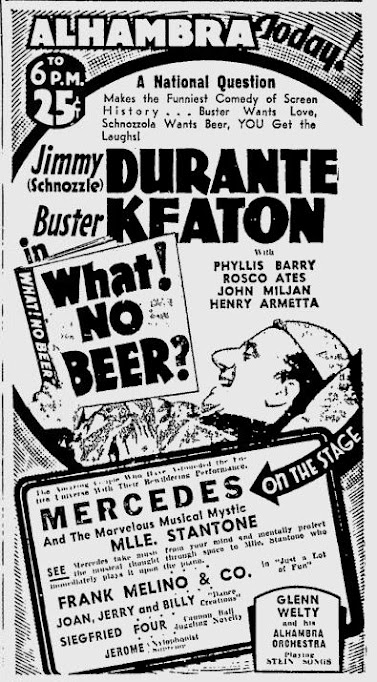 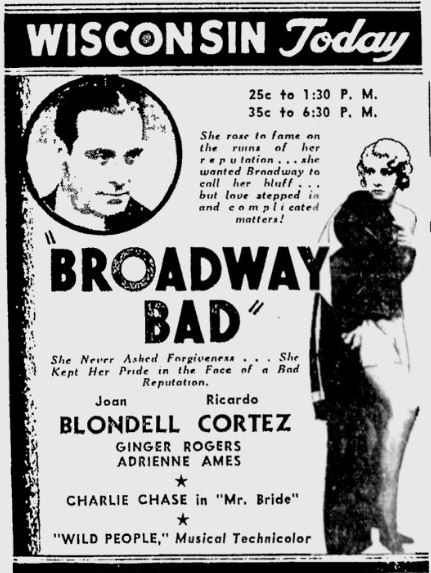 What is Broadway Bad? Despite Joan Blondell, this is a Fox rather than a Warner Bros. picture,  so there's no easy recourse to a trailer. TCM can at least give us a synopsis, and here's a review from one of the Milwaukee dailies.

Finally, Ginger Rogers gets double exposure in Milwaukee this week, not even counting 42nd Street. Not only does she have a supporting role in Broadway Bad, but she plays a double role in her own starring vehicle at the Riverside. 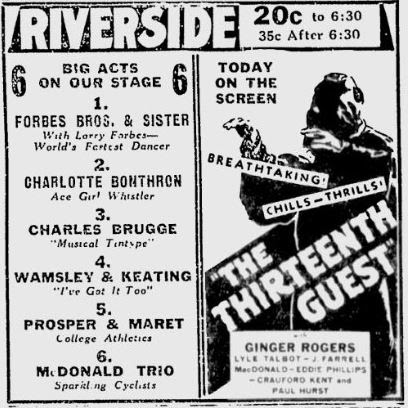 The Thirteenth Guest is a picture you can find in public-domain box sets, and it's an above-average Poverty Row old-dark-house affair, thanks to such A-minus talent of the moment as Rogers and Warner Bros. contract player Lyle Talbot. Things seem definitely to be looking up for Miss Rogers....
Posted by Samuel Wilson at 8:00 AM