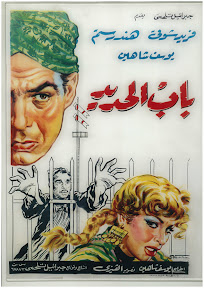 If Youssef Chahine's picture reminds me of American Pre-Code cinema, that may be because the 1950s in Egypt were a sort of pre-Code era. There was certainly censorship on the part of the authoritarian regime of Gamal Abdel Nasser's Free Officers, but the culture itself, if Chahine represents it fairly, was frank and irreverent, and certainly more secular than Egypt and other Arab countries would be toward the end of the 20th century. Pre-Code Hollywood was brought down by the forces of religion, and the forces of religion in Egypt, presumably, would have brought down the culture that produced Cairo Station if they could have. Leaving politics and religion out of it, the picture reminds me more of Pre-Code than Italian Neorealism, which some might see influencing Chahine given his concern with working-class struggles and his frankness about sexual desire. Cairo Station (also known as The Iron Gate, to literally translate its Arabic title) is a pulpy melodrama linking the fates of disparate characters within the confines of the title train station and its surrounding neighborhood. It has a Pre-Code analogue in the Warner Bros. picture Union Depot (1932), in which Douglas Fairbanks Jr. as a hobo suddenly come into money finds himself pitted against a murderous counterfeiter and embroiled in a romance with a showgirl. The stakes are higher in Chahine's picture, a more ambitious commentary on society and sexuality, but the spirit is similar.

Cairo Station follows three principal characters. Abu Sireh (Farid Shawqi) is an ambitious porter trying to organize a union; he needs 50 men to sign up before the government will aid them in negotiating with an oppressive boss. Shawqi is an Anthony Quinn type, big, boisterous and sometimes brutal. He's the jealous lover of Hanouma (Hind Rostom), a wildcat beverage vendor working the station illicitly. She's also the idol of Qinawi (Chahine), a lame misfit news hawker who lives in a shack where he's papered the walls with pin-up art. Chahine directs himself as a Chaneyish pathetic grotesque, playing for sympathy when children stone him but also presenting his character as a dangerous deviant. Sexualized violence threatens Hanouma from both directions, since Abu Sireh isn't above hitting her if he thinks she's cheating on him -- though they can playfully spray each other with soda bottles moments later -- while jealous Qinawi seethes with rage when she laughingly rejects his own pathetic proposals, and takes inspiration from news reports of a serial killer who mutilates women. 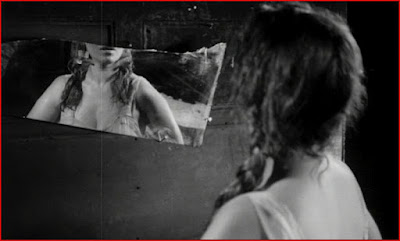 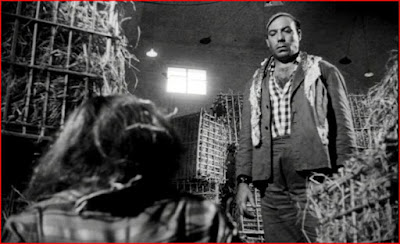 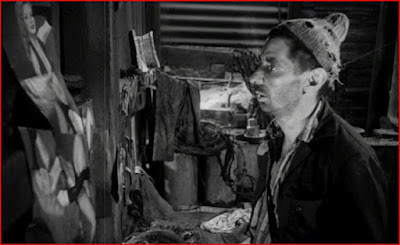 Hanouma, Abu Sireh and Qinawi all admire the female form -- each in his or her own fashion.

Over 76 minutes, Chahine efficiently builds up the three leads and assembles an atmospheric picture of the Bab el hadid as a crossroads of classes and cultures. Rock n' roll has already hit Egypt, in the form of Mike and His Skyrockets, who perform an exuberant number for Hanouma to dance to. Traditional religious types look on with scorn. Most women wear modern dress, or else their more traditional costumes wouldn't pass muster by current Islamist standards. Chahine's attitude toward it all is appropriately ambivalent. Has a sensationalist, sexualized popular culture inflamed Qinawi to a dangerous extent, or does his misfit status doom him to pathological obsessions and increasingly violent impulses? An ideologue has to choose one answer; an artist doesn't. It suffices that Qinawi is part of the human landscape and, as Warner Bros. might say, a problem we all must solve. 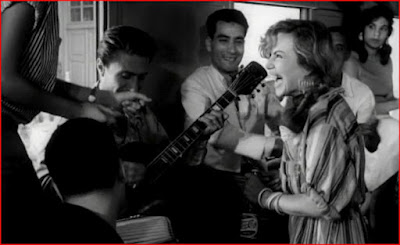 Cairo Station builds to a galloping climax as the three storylines intertwine more tightly. Qinawi schemes to kill Hanouma and frame Abu Sireh, which serves the interests of the boss porter who'd like to get the big troublemaker out of the way. Complications involving the mistaken identity of persons and props keep the wheels turning so that Qinawi gets a second chance to get his way. As a maestro of melodrama, Chahine is not above literally putting his heroine on the railroad tracks with an engine approaching, but he pulls it off without cynicism or campiness.  For a viewer familiar with Hollywood cliches, the exotic setting and Chahine's guileless conviction give the cliches new life. The actors -- including Chahine himself, of course -- help put it over with energetic yet grounded performances. While it's probably fair to acknowledge both neorealist and noir influences over the picture, it's a vital, animal spirit akin to Pre-Code that makes Cairo Station a foreign classic that's fun to watch. 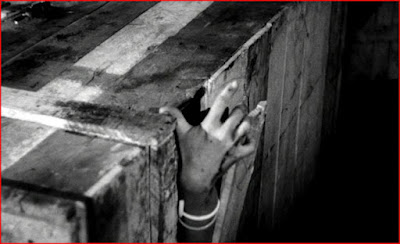 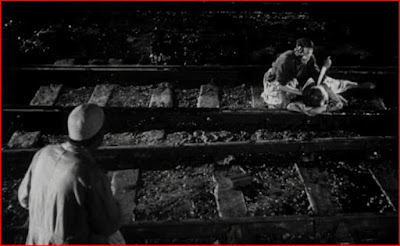 I'll send you home with the sounds of Mike and His Skyrockets. Greg Noiz uploaded this clip from Cairo Station to YouTube.

It's a shocking film for sure, recalling Scorsese's TAXI DRIVER for one, yet it's powerful in neo-realist terms, and it showcases an unforgettable performance by Chahine who works in front of an behind the camera. There's an amazing amount of sexual tension and I can well see why you see more pre-code here than you do Italian neo-realism. But the film is actually a hybrid. It's the greatest Egyption film and it's certainly on the short list of greatest African films ever.

Sam, I find myself hoping Egypt actually came up with something better, because Cairo Station's is an inescapably trashy greatness that might not be the face a national cinema would want for itself. It would also be disappointing to learn that Chahine didn't top himself over the next 40+ years of his career. But I'm glad to have someone second my enthusiasm for this unrestrained entertainment.