The second feature, Affair in Kamakura. is also known as Juvenile Jungle but is best known today as Crazed Fruit, a film in the Criterion Collection. How's that for prestige?
In Reading PA, an English prison picture directed by an expatriate American premieres. 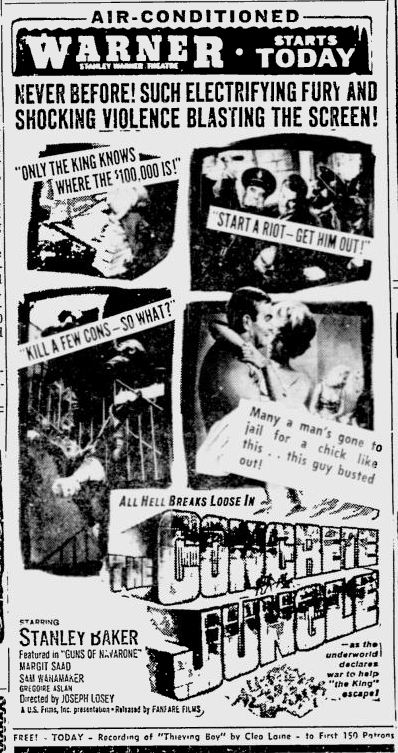 In its native Britain Joseph Losey's film is plain and simply The Criminal, but Americans seemed to think that a movie sold better if you called it "The [blank] Jungle." Note how the ad reaches for any sort of exploitation angle, from the reminder that one of the actors here appeared in The Guns of Navarone, the previous year's most popular movie, to the promise of a free record to early arrivals. "Thieving Boy" was the film's theme song, and here's what the people heard on screen, thanks to TCM.

Next, another film from Britain opens in Pittsburgh amid a blizzard of blurbs. 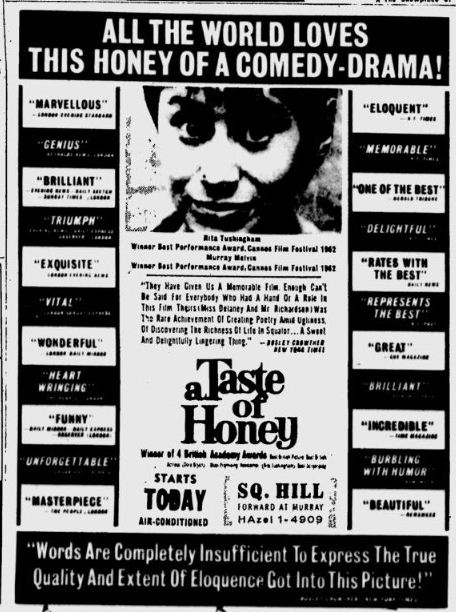 The picture did win a bunch of BAFTA Awards, and Rita Tushingham won a prize at Cannes, and it is ranked as one of the 100 greatest British films, so I suppose those reviewers must be on to something.

Finally, this happened in Dubuque IA. 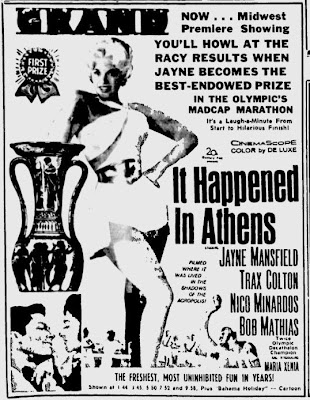 Mansfield's role in this comedy about the 1896 Olympics is actually relatively small, according to Wikipedia, but who are all those other people, after all? Let's close with a clip of her in action, uploaded by bachflat.