Here are some more of those re-release double-features I mentioned the other day. First is M-G-M's medieval double-bill, just arriving in Salt Lake City. 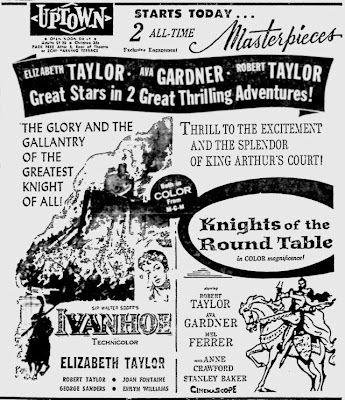 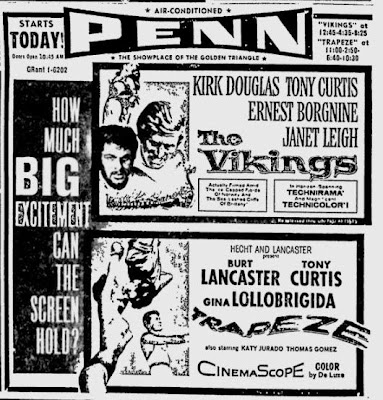 I think I'd rather be in Pittsburgh this particular weekend. But some of you might prefer the double-bill opening in Spokane. 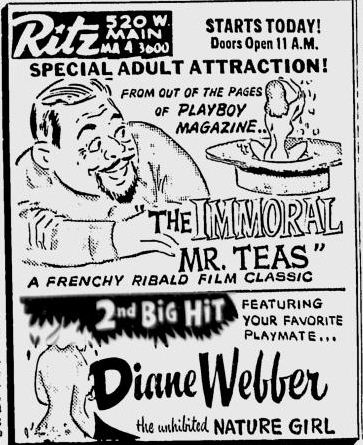 Note the emphasis on Playboy, which after not quite a decade is already a national institution of a sort. Mr. Teas is the pioneer "nudie cutie" picture and Russ Meyer's first cinematic success. I'm not sure what makes this X-ray spectacle "frenchy," but the label probably tells us something about the convergence of "adult" and "art" cinema in this era. Diane Webber would have to be a long-remembered favorite Playmate; she'd last held that title six years earlier. Presuming that "the uninhibited Nature Girl" identifies Webber rather than the film she's in, the picture may be Mermaids of Tiburon, though Wikipedia mentions another film called This is My Body, a short subject also directed by Meyer.

Speaking of the convergence of art and adult, here's a Japanese picture about a man's "strange desires," opening in Miami. 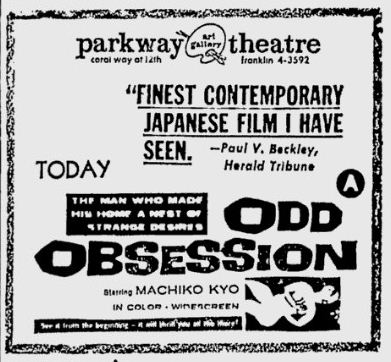 Machiko Kyo would be known to the cognoscenti for her work in major Japanese pictures starting with Rashomon, as well her appearance alongside Marlon Brando and Glenn Ford in M-G-M's Teahouse of the August Moon. This particular picture was directed by Kon Ichikawa and is also known as The Key. Here's a Japanese trailer for it uploaded by NonoLoves. It has no English subtitles, but you get the idea easily enough that something nasty's going on. 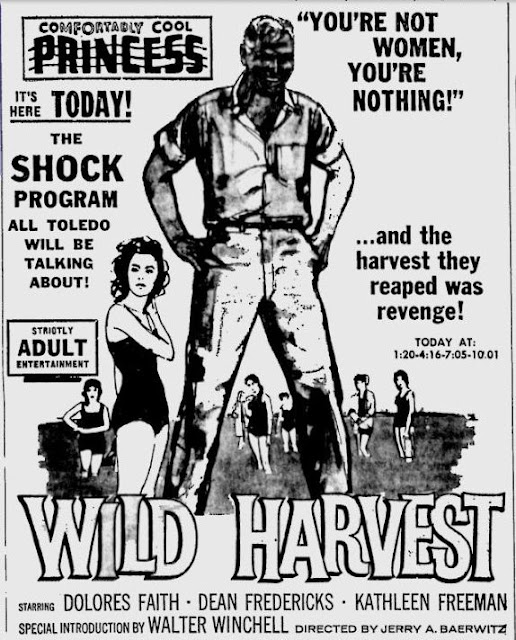 Not to be confused with Tay Garnett's 1947 Alan Ladd vehicle, little seems to be known about this picture. IMDB has neither a synopsis nor a plot summary for it. The women who are "not women" turn out to be migrant farm workers in California subject to sexual abuse from the big guy in the ad. Dean Fredericks, the male lead, played the comic-strip hero Steve Canyon on TV; playing the villain here was clearly a change of pace. Walter Winchell was the narrator of TV's The Untouchables and is probably remembered more for that than for his reign as a powerful gossip columnist. Such is life and such is time.
Posted by Samuel Wilson at 4:30 PM