The actress addresses herself to moviegoers in Palm Beach FL:

The exhibitor fills in the details: 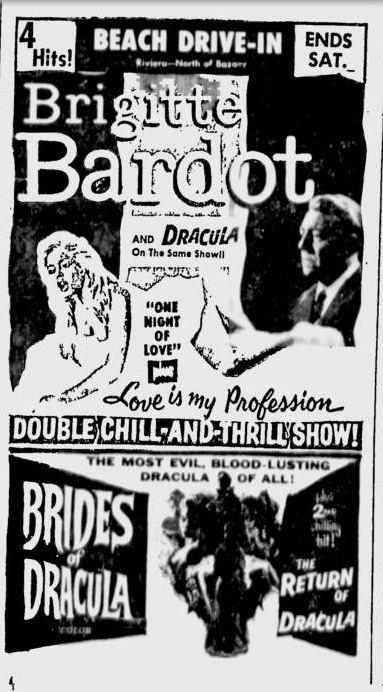 That was a cute bit of exploitation, but let's move on to Salt Lake City and a picture not generally considered an exploitation film. Yet this theater promotes Arthur Penn's picture with a gimmick nearly worthy of William Castle. 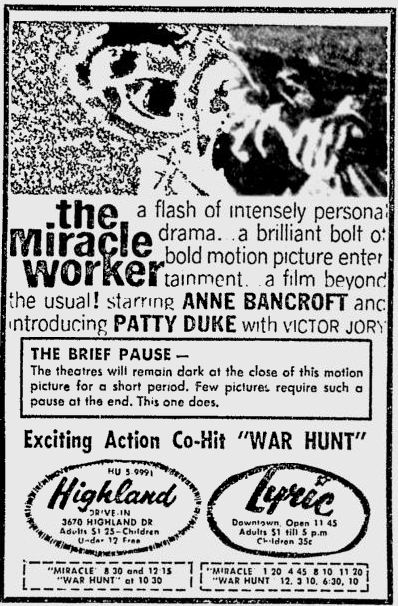 I'll be looking out for other instances of the Brief Pause as this picture plays out across the country. But I'll close for today with a shout-out to one of my favorite pictures of the year -- or at least three-quarters of it -- now opening in Pittsburgh. 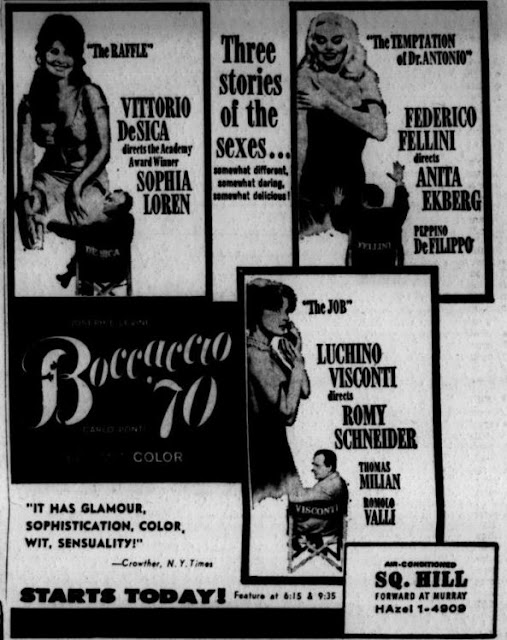 Posted by Samuel Wilson at 4:35 PM