It's still slow as far as major national releases are concerned this week; no big Labor Day weekend pictures as far as I can see. Instead, some old friends are coming back out of the woodwork. In particular, The Head invades Pennsylvania this week. First, the German import headlines a triple-bill in Jeannette.

At the same time, the picture opens wide in the Pittsburgh area. Here's a full broadsheet page to give you an idea of the size of the ad buy for a movie long since relegated to the public domain and discount box sets. 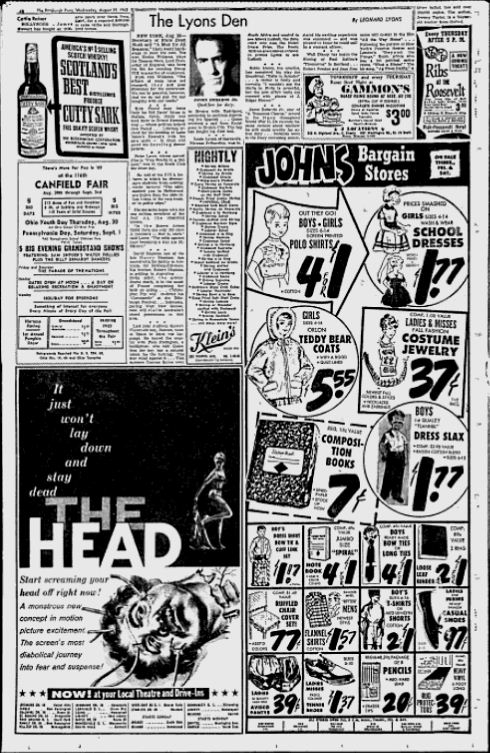 
Some pictures have been rolling out gradually over the past month. Let's catch up as each arrives in a new territory. Probably the most prestigious, or at least the best regarded today, opens in Reading PA. 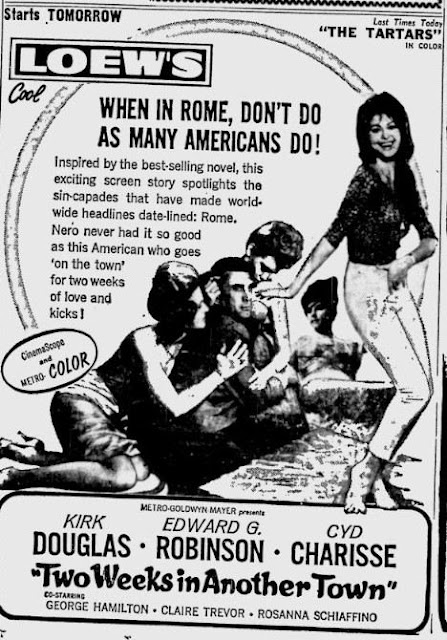 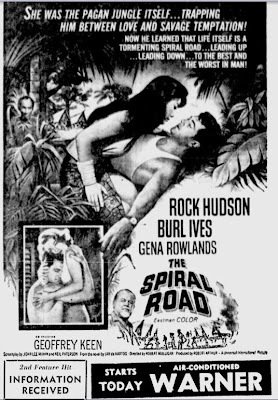 I saw this one advertised in another city as "Big Rock vs. Big Daddy." Most exhibitors weren't as clever. But here's a couple that may strike us more as summer fare. First, a Milwaukee opening. 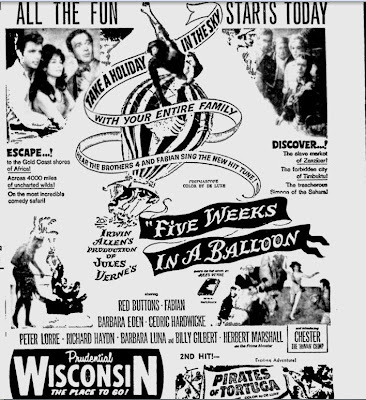 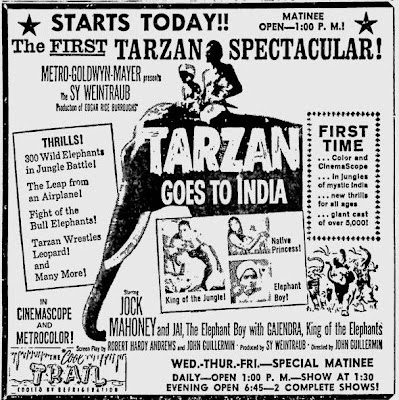 Jock Mahoney had been the bad guy in the previous Tarzan picture, doing the job for Gordon Scott. Both that and this are good latter-day Tarzans with intelligent ape-men and decent action. But the ad does lay it on just a little thick. I'm just not sure whether the presence of an elephant boy in the picture requires an exclamation point. Maybe people missed Sabu.

Back to Milwaukee for a moment for some possibly more mature fare. The title probably meant less than it might now, though. 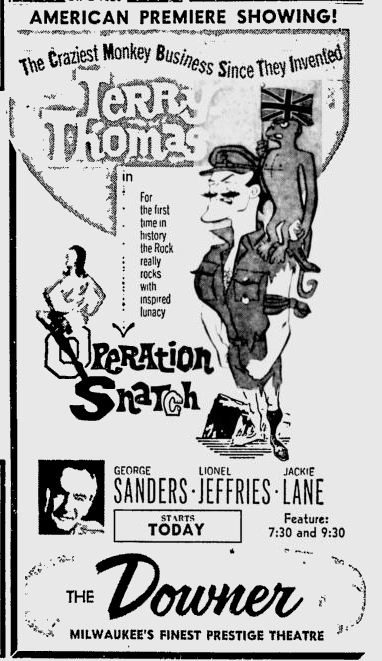 The Rock in question is Gibraltar, not Alcatraz, where Burt Lancaster currently holds court.I guess this really is the American premiere, since IMDB doesn't have this one opening in New York until September 24. You do get truth in advertising sometimes -- or so I'll assume until someone shows me proof that Operation Snatch played earlier in this country.
Posted by Samuel Wilson at 7:04 PM

Very nice, thanks for sharing.