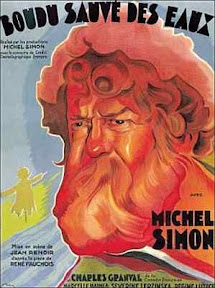 Jean Renoir called the title character of the Rene Fauchois play he adapted for film "all the tramps in the world." That's an invitation to compare Boudu, played by producer Michel Simon, to The Tramp himself, and Boudu sauvé des eaux seems designed to show what would have happened had Charlie Chaplin's character taken up the offer occasionally made in his movies to be taken into a household. Boudu, as the title says, is saved from drowning after he throws himself into the Seine in despair over the death of his dog. His rescuer, the bookseller Lestingois, insists that Boudu stay with him, his wife and his maid while he recovers. In the meantime, Lestingois gets his guest cleaned up so that Boudu, who initially looks a little like a bearded, wild-haired Old Testament prophet, ends up looking more like a mustachioed ancestor of Ron Perlman. I could envision Perlman in an American remake if Nick Nolte hadn't already taken the role. By invoking either actor I hope I've given you an idea of Simon's shaggy, shambling presence. 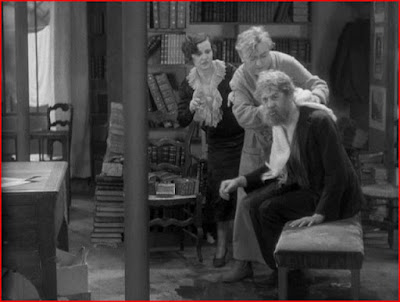 Boudu is a wild man, essentially untamable by culture, sex or sudden fortune. He isn't a deliberate rebel, but he is the sort that can leave something behind at any moment. He seems to be set up for a too-good-to-be-true ending as a lottery winner, the husband of Lestingois' maid -- the object of the dealers' own priapic fantasies -- and the lover of Lestingois' wife, but a childish impulse to pluck something out of the water causes the wedding party's rowboat to tip everyone into the river. Everyone else makes it to shore, but Boudu would rather let the river carry him. He'd rather switch his wet groom's gear for a scarecrow's costume. He'd rather beg from picnicking strangers than spend his lottery winnings. Would he rather his friends think he's died? It's more likely he doesn't care one way or another. It may not be as easy now as it was eighty years ago to see someone like Boudu simply as a "free spirit," and you can see pathology in Simon's performance if you like. But Renoir's message -- one that goes against the ending of the original play -- isn't really altered if you think of Boudu as "free" or "mad." The message seems to be that he is what he is, intractably so, and what he is is part of the landscape and cityscape -- part of human nature, for good or ill. 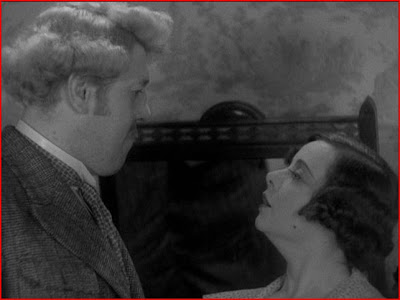 Boudu is a satire rather than a slapstick comedy, though there's a fair amount of physical humor in it. Renoir takes an almost anthropological approach to his subject. Decades later, filming an intro for French television, he stressed the technical innovations he made and their artistic purpose. In particular, he was proud of using a telephoto lens as a hidden camera to film Simon shambling through the streets of Paris so people might interact with him not realizing that he was a movie actor. Those scenes appeal to my itch for virtual tourism. You feel as if Renoir has dropped you off for a moment in the middle of 1932 Paris. Those shots are bracketed by a long tracking shot near the end that stands as a kind of thematic statement. Boudu has settled down to eat his panhandled sandwich, sharing it with a goat, but Renoir takes leave of him to let his camera slowly travel back upstream, taking the scenery in at a leisurely pace but in a way that also embeds Boudu in a natural world, in his element, and identifies him, as man or tramp, as part of nature. 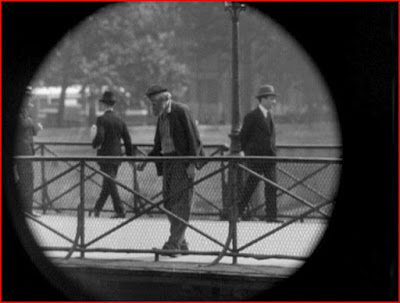 Now that I think about it some more, it's also a reversal of the classic Chaplin close. In Chaplin's films the Tramp leaves the camera behind and is ever in motion on the road to the horizon. Renoir's camera leaves his tramp behind and moves on in a way that underscores Boudu's essential stasis, his unchanging nature. I don't think Renoir consciously drew contrasts with or critiqued Chaplin, but Boudu has a different, somewhat darker yet still comic notion of what a tramp is, and watching it with Chaplin in mind can only enrich our appreciation of what Renoir and Simon were saying. 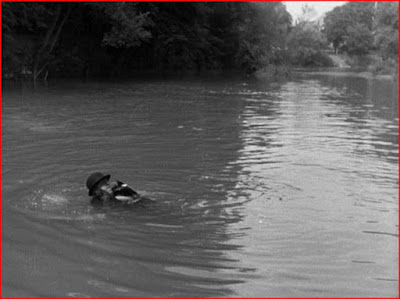 Posted by Samuel Wilson at 3:30 PM

Nice work here Samuel. Funny we reviewed the same film in the same week. I recently saw it for the first time. Wonderful film.