Here are two kinds of promos for films not opening this weekend. From Salt Lake City, here's a full-page ad pushing reserved-seat sales for the latest Cinerama extravaganza. 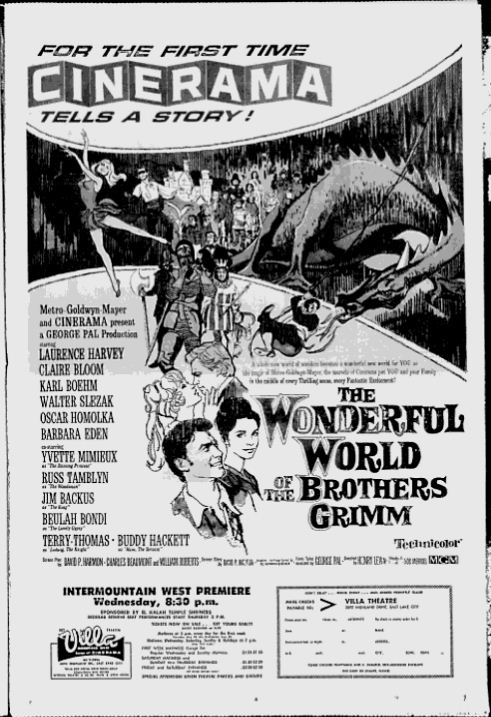 And from Schenectady NY, a subtle first teaser for the exploitation event of the summer, Poor White Trash. 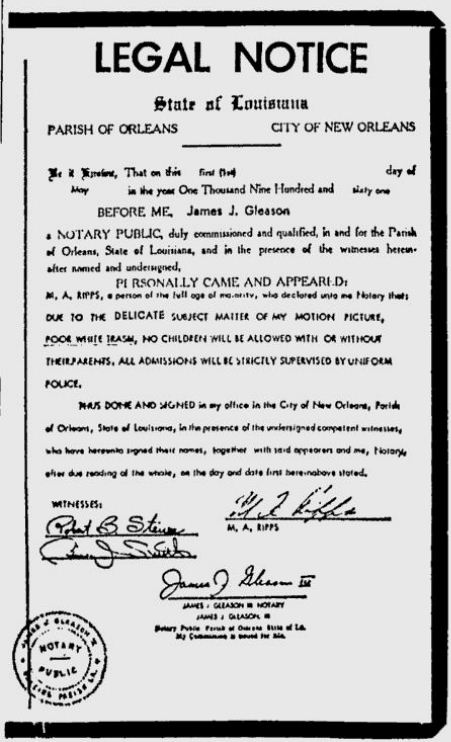 This certainly sticks out in a page full of conventional movie ads, but I don't know if it'd actually grab people's attention the way the exhibitor hopes. We'll certainly see different tactics as the release date approaches.

As for what's actually playing, let's start back in Salt Lake City with a peplum double feature. 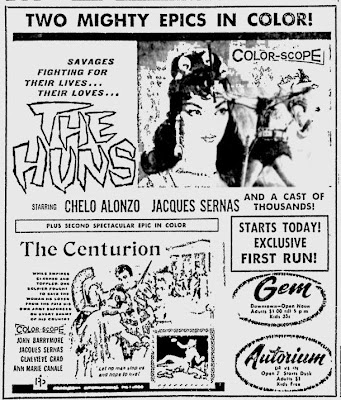 Palm Beach tops that with a gangster quadruple feature. 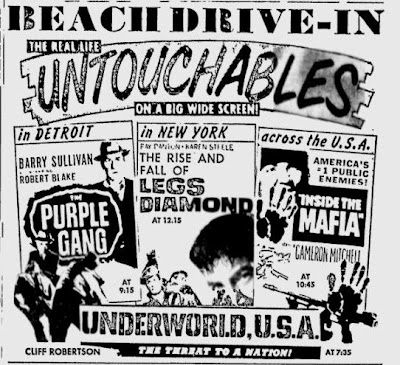 The Untouchables remains a popular TV show in 1962, and the original two-part pilot for the show was recently released to theaters as The Scarface Mob. This attempt to take advantage of the show is a profoundly mixed bag, combining a Samuel Fuller film and Edward L. Cahn's godawful Inside the Mafia, a disappointing Legs Diamond biopic from Budd Boetticher, and a Barry Sullivan picture that I haven't seen.

For the arthouse audience, here's something new in Pittsburgh. 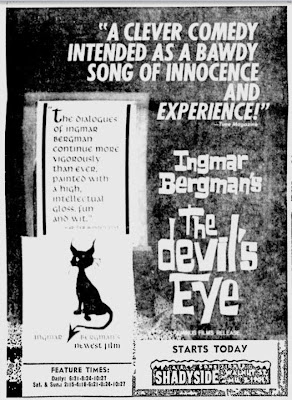 And now for some films I haven't heard of,starting in Baltimore.

Apparently, David Niven learns how to kill while evacuating his wife and a deposed president from the country of "Tribulacion." Death by corkscrew is the highlight reported by TCM.com.

"An insurance investigator who is allergic to naked women searches for a missing painting," says IMDB. Well, I hope he doesn't run into any naked women in his work, but I have a funny feeling he won't be so lucky. I hope everyone else is luckier in their moviegoing and movie-watching this weekend.
Posted by Samuel Wilson at 7:27 PM

I never knew David Niven had it in him. That Poor White Trash announcement seems so fitting, but I'd more than likely skip over that for something with a crude drawing attached.