For the weekend, a selection of exploitation films, starting with a familiar face -- so to speak -- appearing in Pittsburgh. 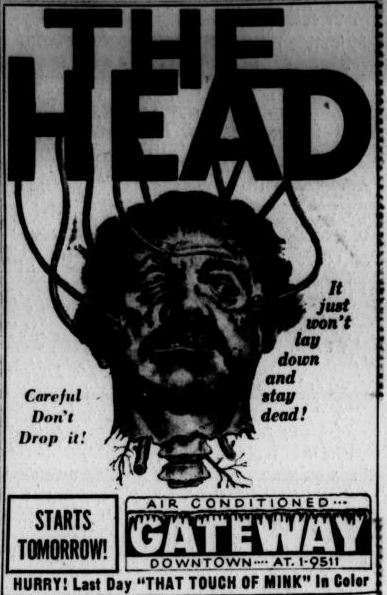 A reminder to recent readers of the blog: the head itself belongs to none other than Michel Simon of Boudu Saved From Drowning fame -- the years had not been kind, apparently.

Also in the Steel City, Doris Wishman has landed. 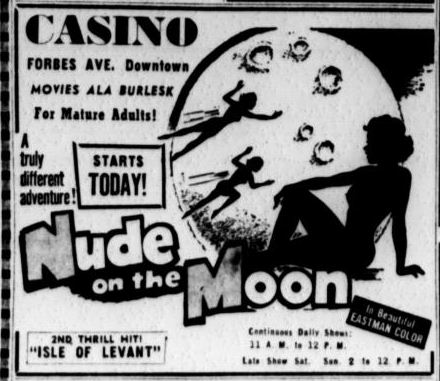 
In the peplum department, here's a double-feature in Toledo 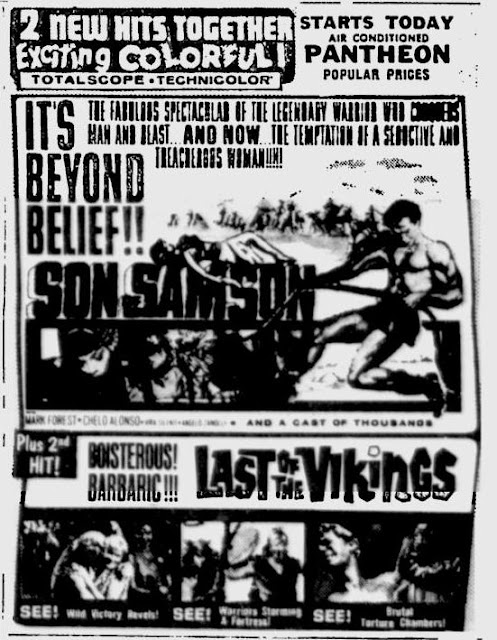 We should be familiar with Last of the Vikings by now, but let's take a look at Son of Samson, courtesy of Something Weird. Looks like they're using some Ten Commandments sets there. At least they provided their own special effect in the form of Chelo Alonso. Check her out.

In the shockumentary section,here's an entry from Youngstown. It may also count as a foreign or "art" film, depending on how you sell it. 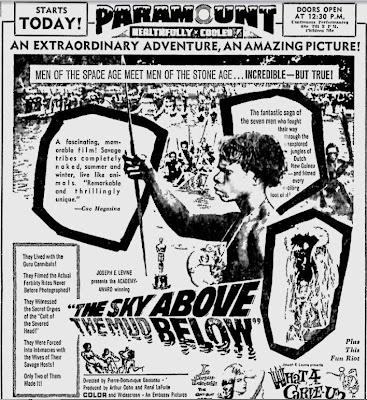 Finally, in the general exploitation category -- the one for any movie with a gimmick --another Youngstown exhibitor has to come up with something to compete with the cannibal picture.

No post-picture "Brief Pause" stunt as in Salt Lake City, but Free Orchids for the Ladies! It seems as if something extra is needed to put this picture over. They really ought to have more confidence in their product.
Posted by Samuel Wilson at 2:38 PM