Here's a slow late-summer week with a lot of recent wide releases held over. Most of the action is on the exploitation front, starting with Colonie NY, where Poor White Trash arrives as promised. 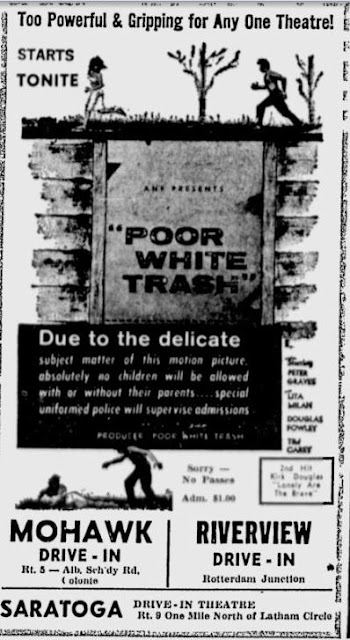 The other big exploitation picture of the season makes a bigger splash in Lewiston ME. 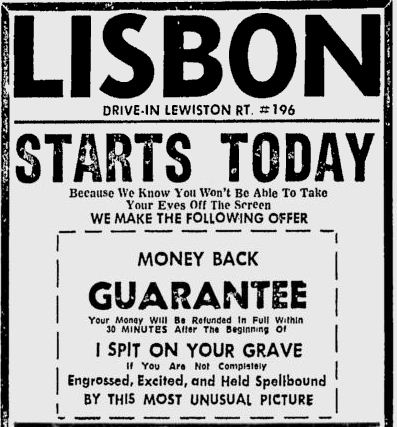 Here's the rest of the ad. 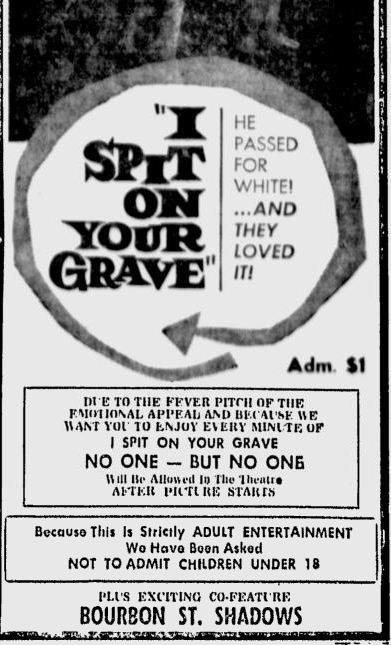 Meanwhile, Once Upon A Knight arrives in Palm Beach with some snazzy ad art. The style looks familiar but I can't quite place it. 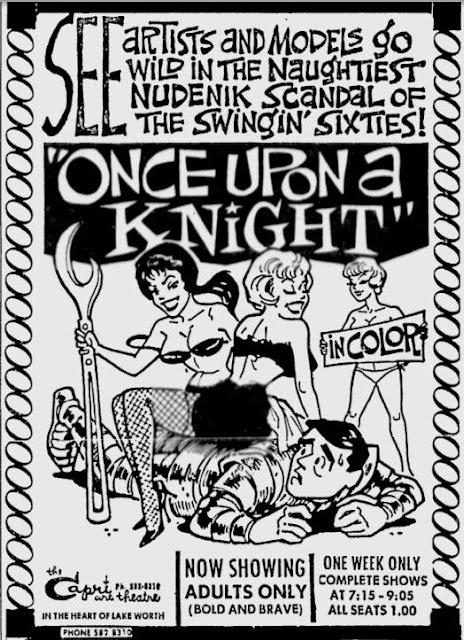 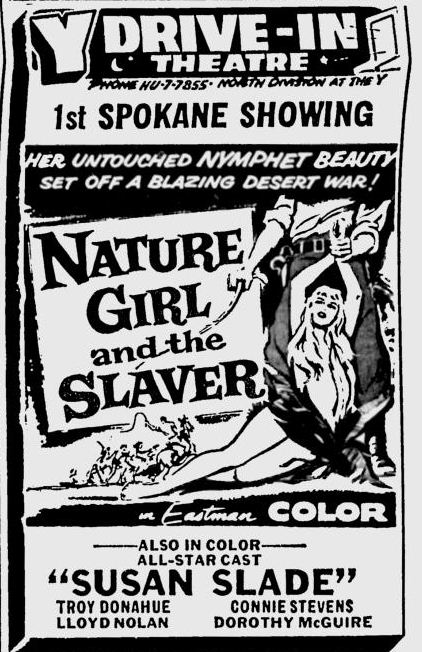 Note the "nymphet" angle to get a little rub off Stanley Kubrick's Lolita, still in first run all over the country.

In Reading PA, is it a preseason football game? No, it's a clash of Rita Hayworth's former husbands -- though I hope they don't mean the tough guy on the right to be Orson Welles.

TCM.com has a trailer for The Tartars. Check out the "shameless revelry of a pagan ritual" and other amazing attractions, not to mention one of those clean-shaven Vikings that used to rampage across the world. 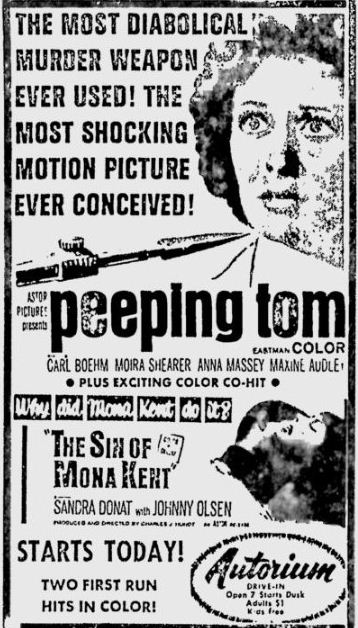 Some Britons seem to have agreed with some of that ballyhoo. The brouhaha over Peeping Tom pretty much killed director Michael Powell's career in Great Britain, but the film is revered as a classic today.
Posted by Samuel Wilson at 7:00 PM