From a technological standpoint, possibly, the film advertised below was probably the landmark cinematic event of 1962 -- or at least it may have been seen that way at the time. It's been rolling out at properly-equipped venues across the country this month, and we catch it here opening in Milwaukee.

If 3-D can come back repeatedly, then someone's bound to figure out a way to make this format viable again, just so they can offer something again that TV can't match. They'll probably also come up with a better way to promote the format's narrative potential.

While always looking to the future, the movies can sometimes look back admiringly on their own past. Here's proof in Pittsburgh. 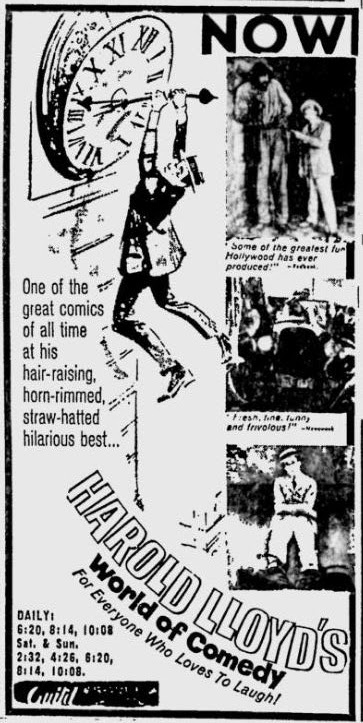 Lloyd was smart enough to keep ownership of most of his pictures, and apparently admired Robert Youngson's silent-comedy compilations (Days of Thrills and Laughter was current this year) without contributing to them. Not unreasonably, he thought he could be the whole show, and World of Comedy actually did well enough for Lloyd to put together a sequel. Could he have pulled that off fifty years later? Judge for yourselves.

Of course, the movies can look back even further. Here, a Salt Lake City exhibitor invites patrons on a long trip in the wayback machine.

There hasn't yet been a good movie made about the Battle of Thermopylae -- or if there is, I haven't seen it. Here's what I thought of this one, with some thoughts about the other included.

For cities without Cinerama, here's the big wide release of the week, as advertised in Nashua NH. 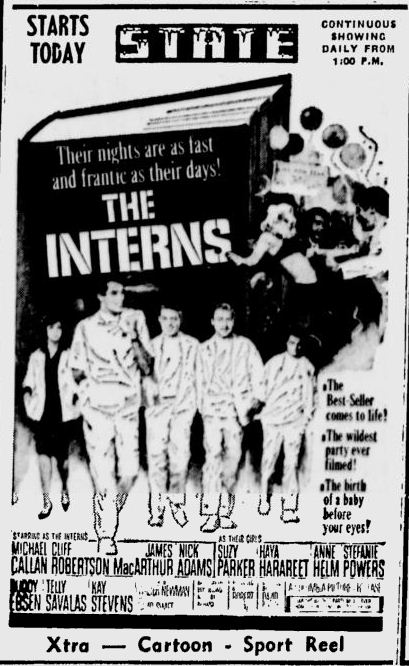 Even at this late date in movie history, you can still sell a picture by promising birth-of-a-baby footage. Makes you wonder whether they sold educational illustrated books in the lobby. But speaking of exploitation, let's stop in Berlin CT for a moment.

Not to be mistaken for the later rape-revenge picture of the same name, this is actually a 1959 French film set in the U.S. You can watch it here -- without the lake, that is. The second feature, by the way, was a one-shot attempt (also known as Invisible Avenger) to revive The Shadow as a movie hero.

And speaking of exploitation once more, Jules et Jim arrives in Palm Beach with a campaign emphasizing the sex angle more than the art-film angle. 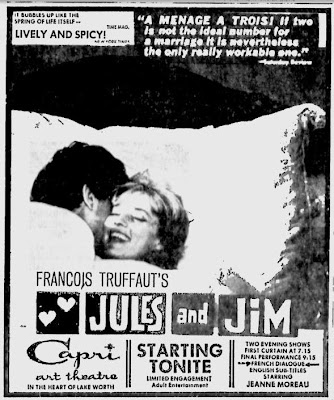 Always remember, though -- the difference between the two wasn't as great then as it is now.
Posted by Samuel Wilson at 4:58 PM