How does a Reading PA theater promote one of the most enigmatic of highbrow art films? With a fashion show! 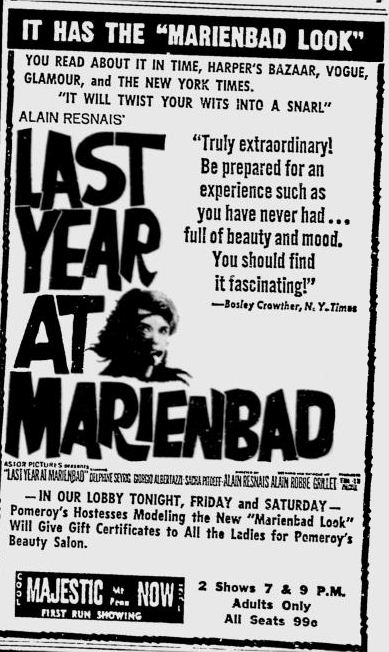 Does it seem crass? Perhaps we should judge by how many people it lured to the movie -- if we can find that out.

Stanley Kubrick's Lolita aspires to be the scandal-film of the season as it rolls out across the country. We've already seen the soft-sell "How did they make a movie of Lolita?" campaign, but for the film's arrival in Schenectady NY the advertising appeals to authority with blurbs aplenty. 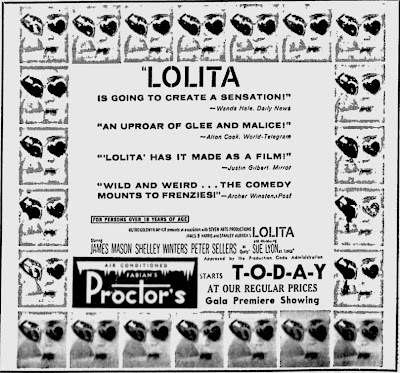 If Lolita is one idea of a summer movie, here's another, opening in Daytona Beach. Like many a summer picture of our time, this one is a remake, of a sort. 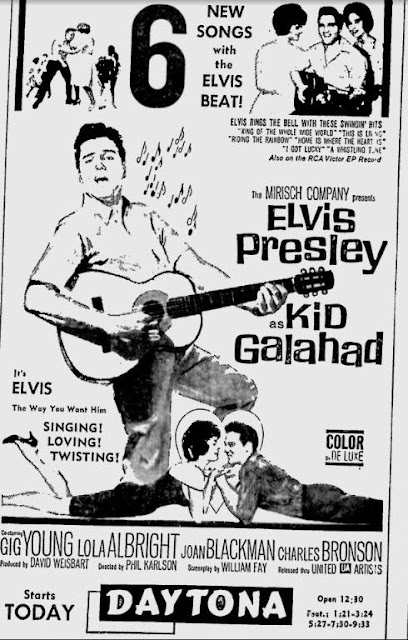 Here's a hint of "that Elvis kind of action," uploaded to YouTube by enoplos.

Another summer picture opens in Spokane. This, too, may remind you of a movie that opened fifty years later. 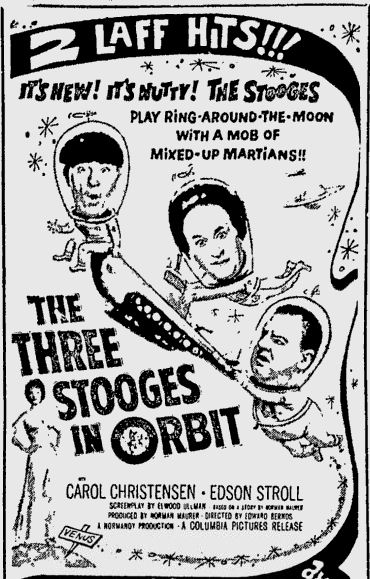 Check out the trailer, uploaded by MovieViewerMan.

And here's the co-feature: 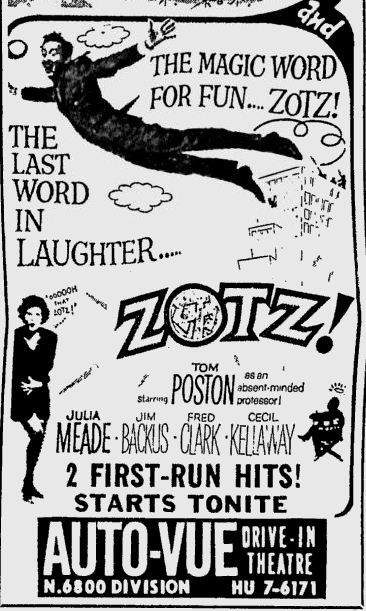 No immediate comparison comes to mind here.
Posted by Samuel Wilson at 4:12 PM

Email ThisBlogThis!Share to TwitterShare to FacebookShare to Pinterest
Labels: 1962, Elvis

That Marienbad promotion is totally William Castle Meets the French New Wave. I love it. Your wits may be snarled, but your hair - never.