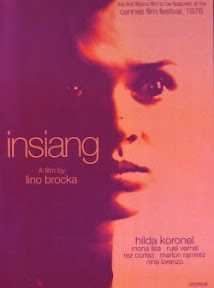 To most American movie fans, the Philippines is a place where American exploitation filmmakers went back in the Seventies and Eighties to shoot cheap and get the most for their money. By that standard, even Apocalypse Now was an exploitation film. Most of us have seen films shot in the Philippines, but not an actual Philippine film. We may even have seen films by Filipino directors like Eddie Romero or Cirio H. Santiago, but such works seem tailored more for the global grindhouse market than for Filipino audiences. Less common are films in the islands' native languages, aimed specifically if not exclusively for native audiences. DVD and streaming media make these more available now, and it was on Netflix that I first encountered the work of Lino Brocka, the man widely regarded as the Philippines' greatest director. Insiang is considered one of his best films, and it has a place in national film industry as the first Philippine film to play in competition at the Cannes Film Festival. Cineastes would have recognized a kind of neorealist melodrama, with a story reminiscent (to me) of James M. Cain, enlivened by the colorful, tawdry novelty of the slum setting and the intensity of the lead performers. 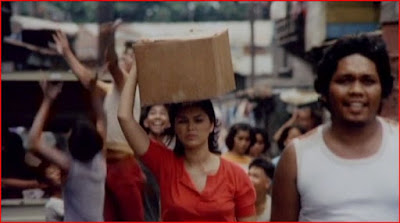 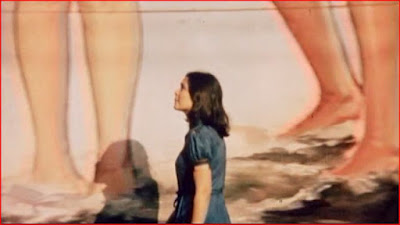 Insiang (Hilda Koronel) is a laundress and breadwinner for an extended family that contracts rapidly as her mother Tonya (Mona Lisa) drives most of her relations and in-laws away. Tonya is angry because her husband left her for another woman. She resents and distrusts anyone else's sexuality unless it happens to be dedicated to her. She grows ever more repressively vigilant toward Insiang's boyfriends while growing pathetically attached to Dado the butcher (Ruel Vernal), a much younger man and a local tough guy whose real interest in Insiang is obvous to just about everyone. Insiang yearns to break free of Tonya, but the feckless young men of her neighborhood, on whom she's expected to depend, are a feckless lot. Bebot, an auto mechanic (Rez Cortez), seems promising but fears Dado's jealousy, knowing the big man's interest in the girl. Inevitably, Dado forces himself on Insiang, boasting to his buddies of his conquest of mother and daughter while telling Insiang, after the initial rape, that it's her, not Tonya, that he really loves. 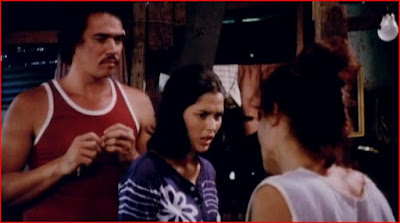 Insiang has finally had enough. She finally goads Bebot into eloping with her, but that goes no further than a one-night stand in a miserable hotel. Inevitably she returns home, where she tells Dado straight up that she wants revenge. He thinks that she wants Bebot to pay for running out on her, but Insiang has a greater offense than that to avenge. She'll manipulate her two oppressors, Tonya and Dado, into destroying each other, buttering up the butcher while provoking her mother with exaggerated accounts of his disdain for the older woman. She flaunts Dado's desire for her until Tonya snaps and stabs him to death. With Tonya in jail, Insiang is free at last, but she feels compelled to see her mother and tell her the truth -- that she had meant for Tonya to kill Dado. She wants reconciliation if not forgiveness, but Tonya puts on a stone face until Insiang departs in tears -- and then the mother's own tears flow at last. 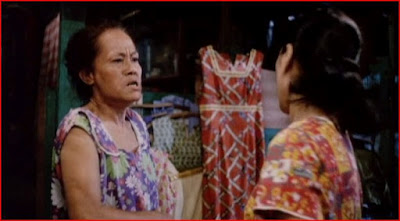 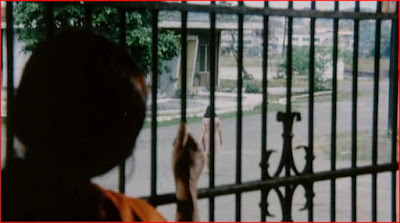 I'll need to see more Brocka movies -- Netflix has at least one more -- before I can judge his talent apart from the visceral vitality of the Tondo slum locations used for Insiang. But he clearly brings a strong sense of place to his work that gratifies my impulse for virtual tourism, as well as a social consciousness that is literary rather than political -- a sensibility to the constraints Insiang's economic and family circumstances impose on her. Most importantly, he has a way with actors that draws powerhouse performances from Koronel and Lisa as the feuding daughter and mother. They make Insiang a primal tale of intergenerational sexual jealousy underscored by the younger woman's revulsion at her mother's neediness and the older's deeper fears and resentments. The drama is occasionally heavyhanded, especially when punctuated by a score with a soap opera's subtlety, but the lead actresses do all they can to keep things real. The squalid setting makes the story powerfully plausible, and while it doesn't exactly show the country's best face, the country's promotion of the film notwithstanding, I'd recommend Insiang as anybody's first true Philippine film. You may know already that Filipino filmmakers can blow things up real good, but now you know they can do more than that.
Posted by Samuel Wilson at 11:16 PM

"Insiang is considered one of his best films, and it has a place in national film industry as the first Philippine film to play in competition at the Cannes Film Festival."

Samuel this greatly surprises me as Phillipino cinema has been enjoying all kinds of festival success over the last several years, including Tribeca, where Ron Morales's GRACELAND finished second back in April in the audience competition. But there have been several others that have done very well in and out of competition. On the art house circuit there is the films of Lav Diaz, which are often mentioned in any discussion of brilliant Asian cinema produced in the last few decades. His "Melancholia" (perhaps his greatest film, did win the Best Feature prize at the Venice Film Festival in 2008:

Regardless, INSIANG as you paint it here seems most intriguing, and a viewing is most desirable. But yes, the showing at Cannes is significant for a number of reasons.

Sam, while you describe more recent devlopments Brocka was earning respect for the Philippines 30-40 years ago, but isn't around today to enjoy recognition as a pioneer. Thanks for listing some more Filipino films and directors for me to check out in the future.