What's new in the new month? Here's a drive-in attraction for Charleston SC.

Devil's Partner isn't half bad for its budget. It can be had in numerous cheapo public-domain box sets or easily seen for free online. For now, check out the trailer from Something Weird Video's YouTube channel.

Here's a new combination of two films that have been making the rounds on their own or in different couplings this summer. This ad is from a Miami newspaper. 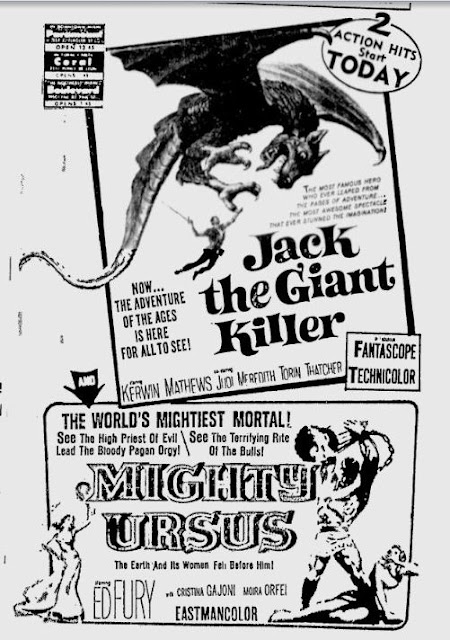 How about a closer look at each?First comes Jack the Giant Killer, courtesy of MovieTrailerGrave.

A fairy tale jazzed up with special effects....Sounds like something Hollywood would do now. And lo and behold!...  As for Mighty Ursus, here's a TV spot that depends entirely on ad art and ballyhoo, but the film itself can be found for free online. Peplumz uploaded this clip and has the movie itself on a YouTube channel. 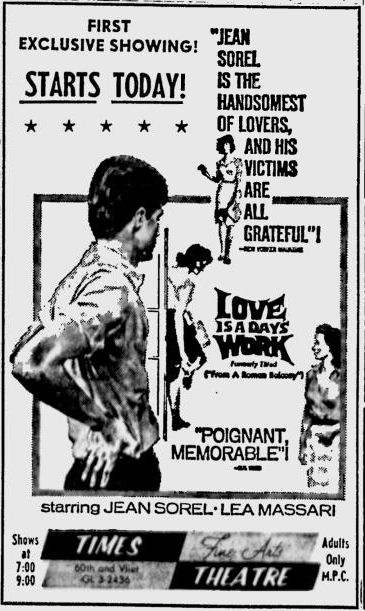 I can understand the title switch once you're outside the metropolitan markets. Alas, no video footage is readily available online for this one under any of its names -- and there were more than these two. That at least shows that people were trying to sell this movie. We could probably stand more such efforts today.
Posted by Samuel Wilson at 7:02 PM